Throughout the years BMP & MTV have tried a variety of things to breathe life into the Real World, Road Rules, and Challenge series. Some have worked, while others just flopped. Let’s take a look back at some of the poorer decisions that have been made. 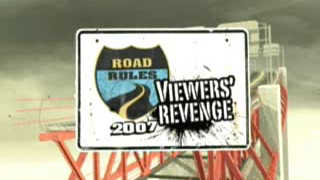 Road Rules Viewers Revenge: While I applaud MTV for giving Road Rules a second chance, this show just failed in every way possible. The idea of fan interaction was cool, but the whole live concept didn’t work out when one of the cast members lost interest. Plus, new members kept getting added to the Pit Crew, making it hard to follow who was on the RV and who wasn’t. Not to mention, the host was completely lame.

IAmOnMTV.com: This was supposed to be like MTV’s version of Myspace. It launched during The Gauntlet 3, and it was kind of cool for a minute. Kind of. Then, every MTV show on was the site and to became boring. The casts of the show never went online, and MTV nipped the site in the butt before The Duel 2 aired.

Online Voting: Want to play a role in casting for the next season of The Real World? Honestly, you probably don’t. Prior to the Hollywood real world season, MTV set up a site so Real World wannabes could go online and vote for someone to be cast on the upcoming season. The result was Greg, one of the worst cast members ever. Needless to say, we never saw a site like that again.

The Real World Reunited: This really wasn’t the worst idea. In 2007, MTV brought back the Vegas kids to live in the Hard Rock hotel again. The season was pretty boring, but the real problem was it presented hope that other seasons would be reunited. It’s been 5 years and there has only been one “Reunited” cast.

The Ruins: What happens when you take a team of proven winners and make them compete against proven losers? The winners will win and the losers will lose. That’s exactly what happened on 2010’s “The Ruins.” Unsurprisingly, there has been no Ruins 2.