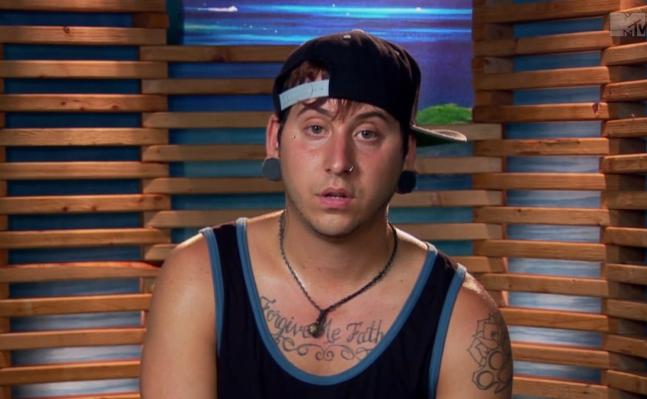 Chelsea’s coming!! She says that she “needs” Trey, because something is wrong. MTV has lead us to believe this is due to a pregnancy, miscarriage, or abortion. Who knows? Either way, she comes to visit because Trey pays for her to come. Before she visits, Trey has to make a choice. So he talks to Laura and says that their relationship can’t continue. Laura is crushed because really did fall for Trey.

Once Chelsea arrives, Trey takes her to a hotel. He has decided not to introduce her to Laura because that would just be rubbing salt into the wound. Both of them have made mistakes. Both have cheated. But they need to put these issues in the past in order for the relationship to work. While there are some arguments along the way, the two decided to stay together.

All is well on the island until a random drug test is administered. Everyone has clean pee…except for Brandon. Traces of cocaine are found in his sample. Brandon claims this is a mistake, and that his test should be reexamined. He also claims that he snorted the night before he left for St. Thomas, and any trace of the drug would be because of that. Once he tells his roommates that there may be an issue with the test, they are concerned. Except for Marie, who calls shenanigans.

After calling Brandon a liar, Marie and LaToya go for a hike on a different island. They get lost, see scary animals and use Marie’s bodily gases as self defense. Once back on the island, Brandon’s drugs results are conclusive. The was cocaine in his system. Motivated by a phone call to his father, Brandon admits to doing a “bump.” Although it was just a small amount, he used cocaine and broke the rules. Production gives him 24 hours to pack up his stuff and leave.

The rest of the cast is saddened. Trey, who is with Chelsea at the hotel, is informed. He comes to say goodbye to Brandon and brings Chelsea with him. Surprisingly, Laura gets along with Chelsea. At least they’re nice to each other’s faces! The cast decides to party Boston style on more time before Brandon leaves. Swift cries during the party. He says Brandon has said no to drugs hundred of times while on the island, but the one time he says yes, he gets caught.

The next day, Brandon leaves. He gets a good bye kiss from Laura and then he’s off to Bahstun.