Episode 12 marked the end of another Real World season. The final episode tied up some of the loose end that we’ve seen this season.

Swift tries to put an end to the prank wars. After dealing with the dead fish Marie placed in his bathroom, he seeks to 1-up her by putting  live chickens in her and Toya’s bed. Much of the episode (way too much time) is dedicated to him catching chickens and placing them in Marie and LaToya’s beds. Both girls are shocked when they get pranked, and give Swift his credit. I guess Swift is the winner of the prank war. 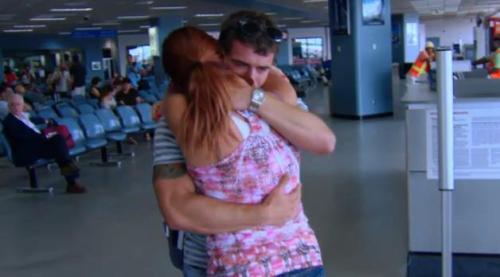 Then, it’s time to say good-bye. Swift plans to spend more time on the island because he has fallen in love with St. Thomas. Robb and Marie leave, and they hope to continue their relationship after they get home. The teariest good-bye is between Trey and Laura, who are unsure of their future.

Luckily for the cast, 4 of them reunite on Battle of the Seasons!