This week we saw Johnny and Nany win a challenge and were tasked to vote in Zach or CT and Cara Maria or CT.

Inevitably they voted in CT and Cara Maria, but did they make the right choice? 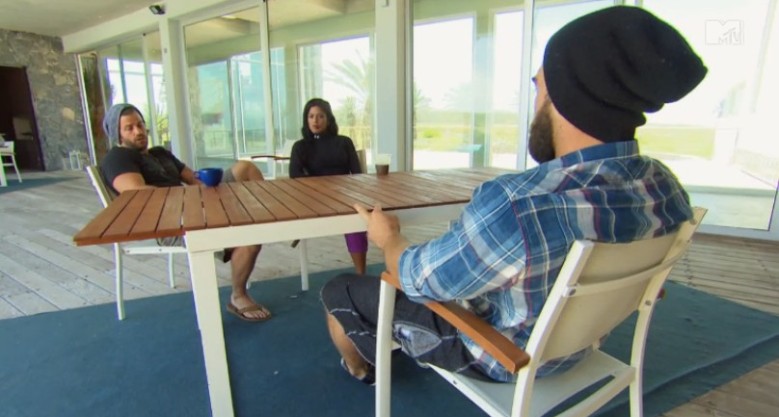 Firstly, I think voting between just CT/Zach and Cara Maria/Theresa was dumb. Johnny and Nany should have been able to choose between all 4 losing pairs and the 6 people who were not voted in should have faced the draw. Just my opinion, but it seems like it would have made the vote much easier.

Anyways, Johnny and Nany agree to vote in CT for the males, but they believe that neither Johnny R. nor Leroy could beat Zach or CT so the male they vote in doesn’t make a huge difference. Still, I don’t fully understand this vote. Johnny is friends with CT, while Zach clearly doesn’t mind eliminating Johnny Bananas (he has voted him into elimination in the past). Zach may be the strongest male player and it would have been wise to vote him in. There’s always a chance someone could fuck up and get sent home, and Johnny should have given that risk to Zach. It’s not like Zach will come back with a vengeance because he already was willing to vote in Johnny. CT on the other hand seems to have Johnny Banana’s back, so this vote may have created new enemies.

Onto the female vote, which seems to be more controversial. I understand that a lot of people feel bad for Cara Maria, but I can wrap my head around this vote. From Johnny’s stance, Cara Maria has never been an ally. In fact, she never hesitated to vote Johnny in. Johnny is simply repaying her for voting for him. Plus, Johnny and Theresa have always been friends it seems. Ever since Cutthroat where they were on the same team, they’ve seemed to have gotten along. It’s not uncommon to see them sitting together when the cast goes to their clubs or pulling some antics together (flashback to the ninja incident on Rivals 2). It seems logical that Bananas would want to keep an ally around.

Nany seemed conflicted on the vote, and I can’t pinpoint a time where either Theresa or Cara Maria has served as an ally to Nany. With the final rapidly approaching, Nany has a strong chance of competing in the race. So she has to ask herself whether she’d want to compete against Cara Maria or Theresa. If Nany was thinking 100% strategically, she’d want to compete against Theresa who has never seen a final before whereas Cara Maria has seen 3. Finals usually come down to a footrace, and Cara Maria’s broken hand won’t stop her from winning that.

But Nany initially votes for Theresa to go into elimination and TJ threatens to send Johnny and Nany into elimination if they can’t reach a conclusion. So Nany switches her vote. To be honest, I think Nany initially voted for Theresa because she was sympathetic toward Cara Maria, but Johnny was thinking logically. Keeping Theresa for the final will benefit Nany, and I do think Nany is making a good move by voting in Cara Maria.

What are your thoughts?