Life without Johnny Bananas is hard…. 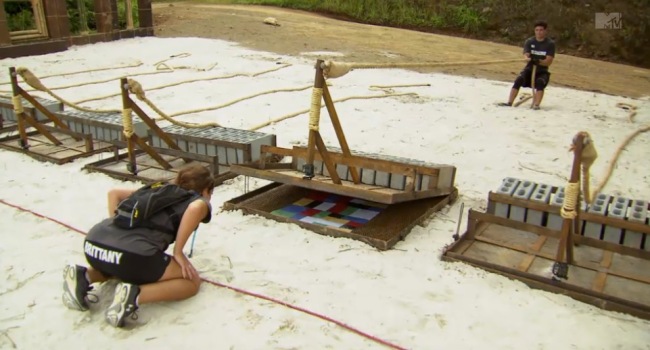 This week’s challenge was called Don’t Forget About Me. The goal was to memorize a puzzle and then recreate it. Easy enough? Well, the answer key was buried under 300 pounds of cinder blocks. To reveal the correct puzzle the male partner had to use a rope to life the blocks while the female had to remember the puzzle. Then, they had to recreate the puzzle after climbing to the top of a hill and carry all of their puzzle pieces. If the forgot the puzzle they had to return to the bottom of the hill and repeat the entire process. Wes & Theresa were the first team to finish the puzzle, leaving the other teams to struggle.

2. Every Rose Has Its Thor 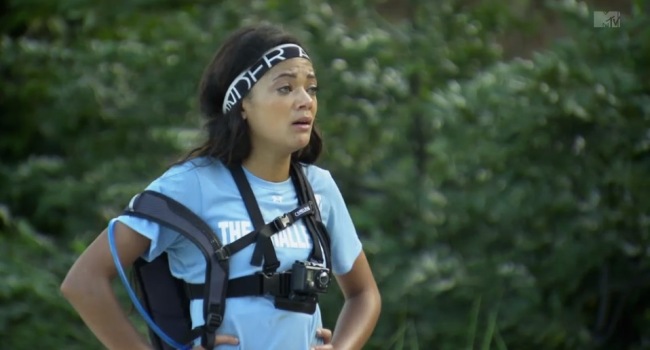 While teams like Wes & Theresa and Leroy & Nia rose to the occasion of memorizing their puzzles, other teams crumbled under the pressure. Most notably were Zach & Jonna, when Zach started screaming and insulting Jonna liked he screamed and insulted Sam during Battle of the Seasons. Jonna wanted to quit, but Zach forced her continue. Ultimately, half of the teams could not finish before the sun set, so TJ decided the teams who did not finished would be assessed on correctness of the puzzle rather than time of completion. While Zach & Jonna nearly came in last, Brittany & Adam managed to get less of their puzzle correct and came in last. 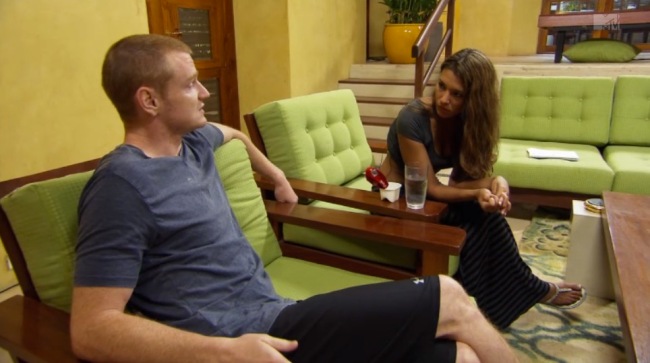 Wes & Theresa become Power Couple again, so they decided to pull Averey aside and explain that she is going into The Dome… strictly because of Johnny. Wes says Johnny is too connected and Theresa reminded Averey that he was part of the “Banana boat.” Averey gets it, but is upset. Theresa feels bad because she liked Averey, mostly because they both hate the same people. 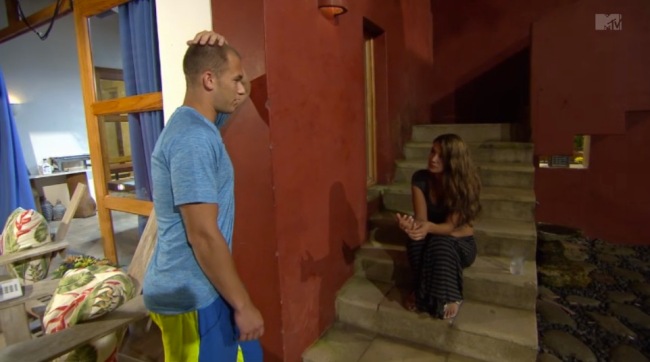 Averey lets Johnny know that they’re headed for The Dome and she lets him know that it’s his fault. Johnny is unapologetic because he is legitimately friends with Wes’s enemies. Somehow this fight goes back to their previous relationship and Averey notes how much he has changed. She tells him that he is no longer Johnny, he is now Reilly. This flabbergasts Johnny who says that she never knew the real Johnny and he is no longer a fat lump for her to mold… whatever that means. 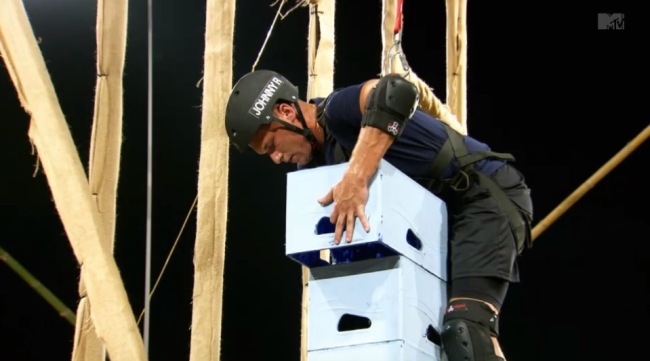 The Dome competition is named Stacking Up and the goal is for the teams to use crates to create a tower. One teammate much climb the tower and ring a bell suspended about 20 feet in the air. Both Johnny & Averey and Adam & Brittany used the method of making a single tower, and while Johnny is going slow but accurately, Adam is moving quickly but sloppily. Eventually, Adam knocks over his tower and allows Johnny to take the lead. Because Adam is moving so quickly he is able to catch up to Johnny. Both teams are preparing to jump for the bell, but … to be continued.

Some great names on the All Stars 2 roster. Check out my blog for the full list. Link in bio 👍
Veteran males!
Veteran females!
Rookie males!
Rookie females!
What a throwback! Beautiful as always 😊