The final episodes of the Jenna show are here!! 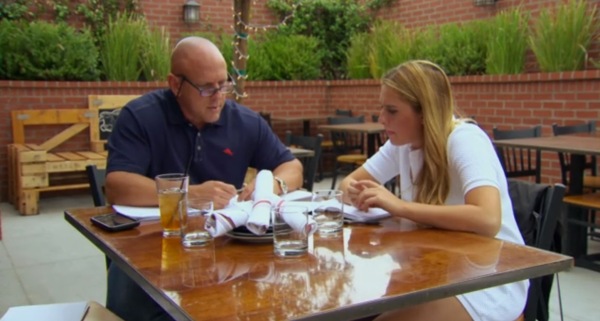 After completely ignoring the plot line where Sabrina has to find her mother, the detective finally calls up Sabrina with some news. He has located Sabrina’s mother, who is living in Springfield, MA. Sabrina sees a picture, and gets both excited and nervous by the prospect of meeting her mother. However, her biological mother will still need to agree to meet her…

Dylan has moved on from Jenna, and he’s back to pursuing Kailah. However, Kailah is not feeling it. They flirt, but it’s really a forced plot line that leads nowhere and fills the episode.

Sabrina’s mother finally agrees to meet with her, so Sabrina flies to Boston. They have lunch together, get to know each other, and Sabrina learns the circumstances that lead to her adoption. While this was highly awkward, it also marks the start of a relationship between the two. Sabrina is thrill, but mad that her mother did not pass down her gene for boobies.

Jenna video chats with one of her misunderstood southern friends, and they chat about Jenna’s experience in the house. CeeJai and Dylan are in the background snickering about the conversation, and CeeJai gets moderately offended when Jenna refers to her roommates as “ratchet.” Then, Jenna’s friend asks about the fights in the house and CeeJai and Dylan start involving themselves in the conversation. While they are not getting along, Jenna’s friend says some highly offense comments toward CeeJai by calling her a “nappy-headed ho” and telling CeeJai to “pick cotton.” The cast is shocked by the comments, and this results in more anger toward Jenna who has made many ignorant comments throughout the season.

Fed up with all of her insults, CeeJai attacks Jenna after her friend makes those racists comments. Ceejai grabs Jenna’s hair and punches her in the face multiple times. As production tries to break the two up, CeeJai continues to kick Jenna. This results in the two being taken to hotels for the night and their place in the house is in limbo.

After the first, production informed CeeJai that her violence will not be tolerated, and she has to go. CeeJai is upset, but respectfully accepts her fate and knows she is responsible for her actions. Jenna is also send home, allegedly for the time she charged at CeeJai? She doesn’t seem to phased by the news. Jenna goes to pack up her stuff while no one is home, while CeeJai is sent off with a fond good-bye from her roommates. 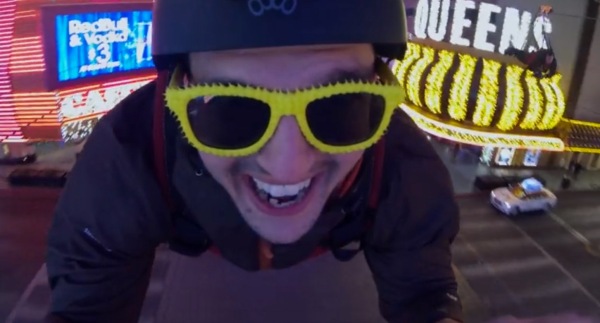 The cast is given one final mission, they have to hang glide down a zipline over the city of Las Vegas. Per usual, everyone does it and the mission is not challenging at all.

The remaining six roommates say goodbye. Unlike prior Real World seasons, we do not see them take off. Rather, they all video chat in and answer questions about the season. We don’t learn too much. The only ones with real updates are Sabrina, who has met with her biological mother multiple times and plans to meet her biological father. Dylan states he had sex with Jenna after filming, but she (of course) denies it. Dione states he’s ready for a Challenge because he does nothing with his life!