Five teams sit in Redemption. Two teams will compete for a chance to return. We already know Jozea & Da’Vonne will be one of the teams, and they have the power to pick their opponents. Assuming their goal is to return to the Main House, they need to pick the right team to compete against.

It seems probable they’ll pick Paulie & Natalie because they’re friends with that team and they have beaten them before. Is this their best option? I’m going to rank the potential teams in redemption from their worst option to their best. 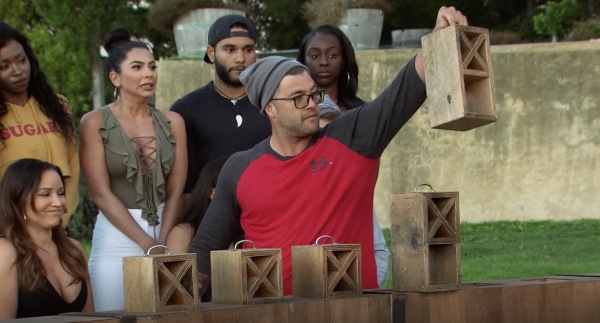 OK, maybe Veronica didn’t have a great showing this season. However, CT is still a beast. If Jozea thinks he’s able to outperform CT in anything he’s mistaken. I don’t think there’s any possibility for Jozea & Da’Vonne to have a positive outcome here.

I’ve said this multiple times at this point: these girls have performed far better than I anticipated. With that said, I think the biggest risk is production trying to “neutralize” the competition like the did when Paulie competed against Kam & Kayleigh. This could be the silent killer for Jozea & Da’Vonne and I don’t think it’s worth the risk. After Jozea called out Kam & Kayleigh I wouldn’t be surprised to see him call out Faith & Angela. He might be looking for that easy victory with a girl-girl team, but these girls are going to put in a fight.

I wouldn’t fault Jozea & Da’Vonne for taking this route as they’ve already defeated them once. Plus, if you’re going to lose, might as well lose to a friend. However, I think Paulie could defeat Jozea in a lot of things. While I think Da’Vonne has done better than Natalie this season, I’d still think Paulie & Natalie have a better shot than the #1 pick.

I know they got into a fight last week, but Derrick & Tori seem like the easiest victory for Jozea & Da’Vonne. While Tori has a pretty strong past, Derrick seems to be kryptonite for bother her and himself. This seems like the easiest victory. As a team, Derrick & Tori has not done anything impressive so there’s no reason to think they’ll start impressing in Redemption.

We’ll have to tune in to episode 10 to see who gets selected. I’d bet Jozea & Da’Vonne pick Paulie & Natalie or Faith & Angela. I think Da’Vonne is smart enough to know that the loser of the Redemption challenge goes back to the Redemption house. This means the loser could return to the game, or Jozea & Da’Vonne could meet this team in Redemption again. In either scenario, Faith & Angela or Paulie & Natalie will be their ally. Also, this team is likely to play an emotional game. This may prevent them from taking the easy road to victory and select Derrick & Tori. After all, Tori did call out these two and it’s possible their grudge will burn Tori in the end.