We’ve got votes, an elimination, a challenge AND some slut shaming! 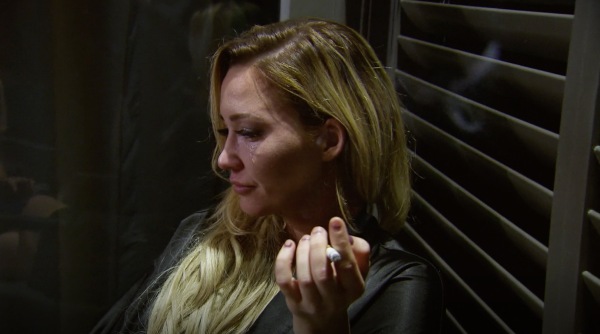 Hunter is upset because Ashley violated his trust when she lied about sleeping with Kyle. At the club, he vents his frustrations and this makes Ashley feel ashamed. She feels that she is receiving hate for doing something men can do without getting shame. This proves Ashley & Hunter may be a more vulnerable team than once believed. 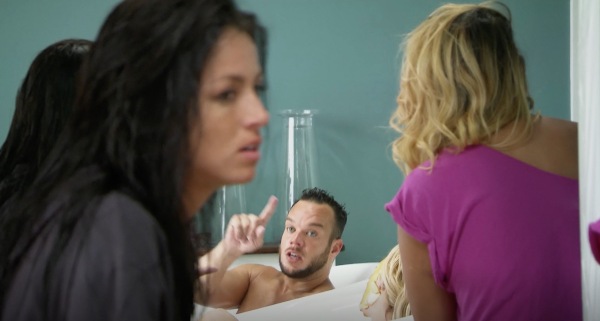 Convinced, he’s Bananas & Tony’s prime target, Shane concocts a plan to keep all of his Lavender Ladies and Young Bucks safe. He tells everyone who to burn their vote on, but Sylvia, Amanada, and Ashley all admit they’re confused. They all follow the plan, and at the Armageddon Shane’s suspicions are confirmed. He & Nelson, Jozea & Da’Vonne, and Zach & Amanda all receive 2 votes. The winning team, Bananas & Tony, split the vote and send in Shane & Nelson.

Shane’s plan is falling into place, and everyone expects him to want to take out Jozea & Da’Vonne. However, Nelson wants to make his mark. They agree to call out Brad & Kyle. This keeps all of the alliances safe and would eliminate Kyle, a constant source of drama. Of course, Shane doesn’t mind the drama, he’s just trying to keep is Ladies safe.

The elimination is called Tread Lightly. The goal is to deposit 10 balls into a bin the fastest while moving in unison with your partner. This requires supporting the ball using two poles and running on two moving treadmills at the same pace. Both teams struggle at first and take many spills. Soon, Shane & Nelson develop a rhythm while Brad & Kyle continue to struggle. Eventually Shane & Nelson deposit their final ball and send Kyle to visit Paulie in Redemption. Brad says he will take every chance to seek revenge on Shane and Nelson, but Nelson thinks he’s old and won’t get the chance.

5. Coming Out of My Cage

The challenge is called Caged In and places one teammate in a cage. There is a key in the cage, about ten feet off the ground, and the other partner must retrieve sticks to give them the tools to obtain the above key. Inside the cage there is graffiti and it seems random. Of course, some take notice while others twiddle their thumbs. After unlocking the cage, the teams must sprint across the field and solve a puzzle. The answers are written in the graffiti, so the observant cast members will be able to solve it. While Bananas & Tony get to the puzzle first, Amanda is more observant and solves the puzzle first. Zach & Amanda are the winners, and teams progressively solve the puzzle until Cara Maria & Marie come in last and earn a disadvantage in the next challenge.

Where you turned on by Alton this week like kellyannejudd was? 🔨 🧊 💪🏾
This team ❤️
#fbf 2003 Darrell.
Boobs. The best way to melt ice.
Footage of Fessy staring at the camera rather than eating.
Quick twerk session.