If you’ve been on Instagram in the past couple of days, you may have noticed what hasn’t been available. The Challenge‘s official Instagram deleted all of its content earlier this week. On Thursday, we saw single video appear. 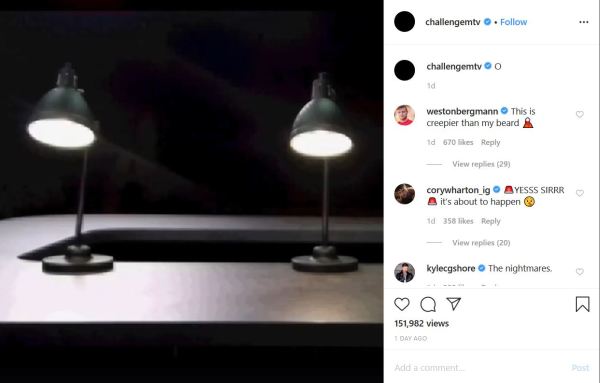 The video features two lamps on a table and some white noise. It looks like an interrogation room, perhaps for a tribunal to torture cast members. While the video tells us noting, Season 35 cast members have been getting triggered by this. Or in Cory’s case, excited because he’ll be on TV again.

This morning we saw video #2 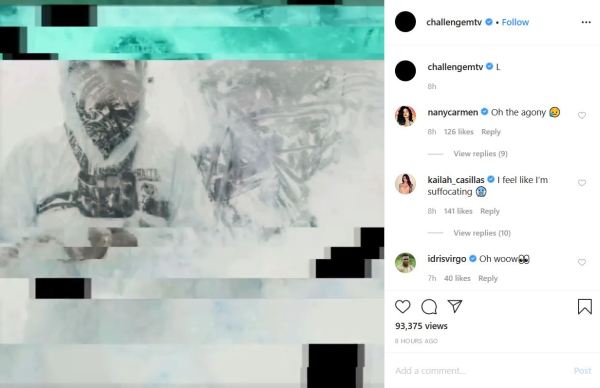 This video featured a grainy surveillance video, but amidst the choppy images we can see someone wearing a camera on their chest and a jumpsuit with a Challenge logo. Their face is covered with something, likely a gas mask, and no names are visible. Not sure who this is.

What we can deduce from this: something is coming. We don’t know what, but I’m assuming this isn’t the official trailer. If it is, it’s the worst trailer ever. 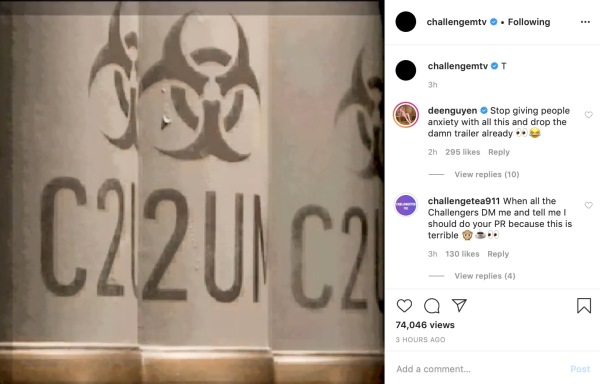 This is also choppy surveillance footage, focusing in a biohazard symbol and what appears to be “C2UM” written beneath.

Also, the three teasers have single letter captions. “O”, “L”, and now “T”. Either this means one last time, or something else is coming.

So what does this mean? It means we’ve gone another day without the trailer. 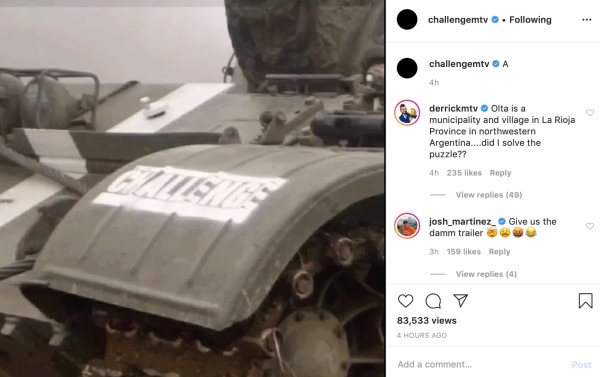 The Challenge logo on some type of a cover? maybe the hood of a car? 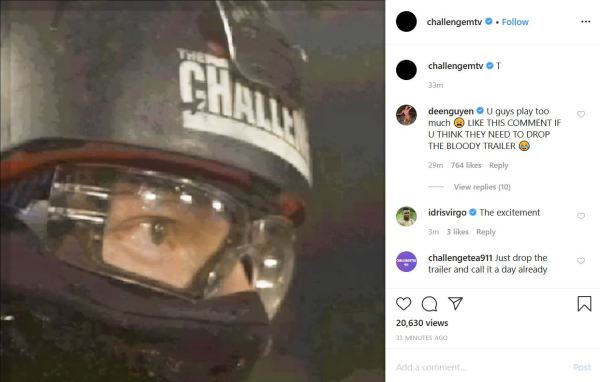 We have another teaser, and this time we have a face. I believe we’re looking at Jay Starrett here.