We’re back in action after Jay took a heavy blow. 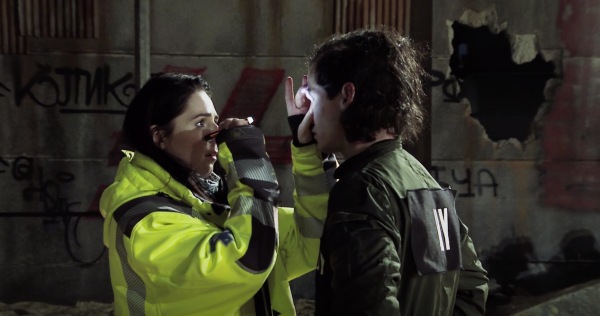 Jay is able to stand up after Rogan knocked him over during the Fire Ball elimination. He gets his second ball, but he just shoots for the basket and misses. Then, for his third ball he tries the same, and Rogan slams into him anyway. Jay missed all three of his balls and moves to the defensive. By this point he’s disoriented from his two blows and production calls a medic. They determine he needs to go to the doctor so Jay is ejected from the competition. Rogan doesn’t really win, but he gets his red skull.

2. More than She Can Bear 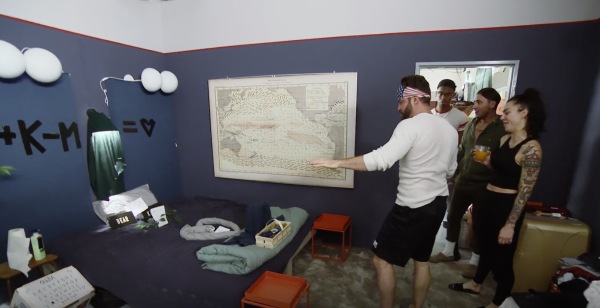 Bear tells everyone about his kiss with Kailah. So what happens? Bananas and Wes set up a romantic bed for Bear and Kailah to lay in. Kailah admits it’s cute until she looks at the ceiling and sees Wes put picture of Mikey above the bed. Now she feels violated and angry. Reality is sinking in an Kailah begins to realize she threw away her relationship for a hook up. 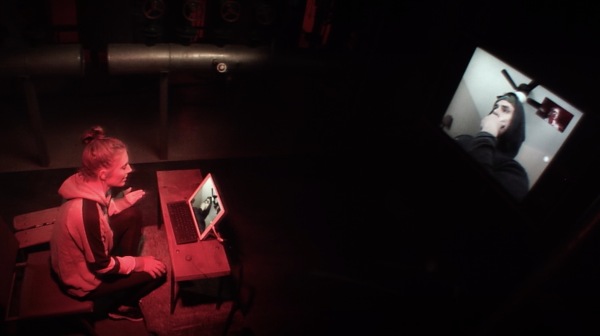 While Kailah’s relationship is crumbling, Jenna is having issues of her own. Zach is ignoring her calls, so she calls her friend Nicole who confirms Zach is mad. Apparently Zach went through Jenna’s Instagram DMs sees she was talking to other guys. BUT, this was when they were not together as a couple and the messages are two years old. According to Jenna (and we all saw this) their relationships has been on and off over the years, so she was talking to other people while they were “off.” Nonetheless, Zach is mad. Concerned, Jenna says she will come home so they can talk things over.

This week’s challenge is called Fast and the Furious, which is allegedly inspired by the movie franchise. Competitors are put in teams of two and  will need to climb up and down the side of a moving truck to college ten puzzle pieces. Then, they will need to solve the puzzle at the top of the truck, but there’s a catch. Partners are tethered together through a pulley system. For one partner to get a bottom piece, their partner must climb to the top of the truck. Also, due to the uneven distribution of males and females, one competitors gets to go twice. Of course, Jordan is randomly picked so he gets to go once with Nany and once with Bayleigh. Jordan and Nany finish the puzzle during the first heat, while everyone else is on the struggle bus. Josh and Aneesa drop a piece, rendering it impossible to complete the competition. Nelson gets mad at his partner Aneesa whole Josh feels bad for making it impossible for his partner Tori to win.

The last heat of the challenge is played by Jordan and Bayeigh. Despite completing his first heat, the pair fails to complete their puzzle. Bayleigh’s mad, and calls out Jordan for throwing the competition. She believe Jenna, who didn’t quit the game, is looking for her ticket home. So, Jenna will volunteer to go into elimination after Tori gets voted in. This guarantees Tori a red skull if Jenna quits, and Jenna’s BFF Nany will ensure this happens. Jordan denies this, but when TJ announces Jordan and Nany won the competition they pick Jenna to be the third tribunal member. Tori has a big grin on her face, and it seems like a plan is being put into motion.