In my eternal quest to rewatch all of The Challenge, thanks to CBS All Access, I have finally hit The Island.

Anyone who has seen The Island knows it a quite polarizing season. Most people hate it, but there’s a small section of Challenge fans who seem to love it. Even if you are in the loving minority, you have to question the decisions MTV was making at the time.

In retrospect, The Island still seems odd, but in some ways, it doesn’t. 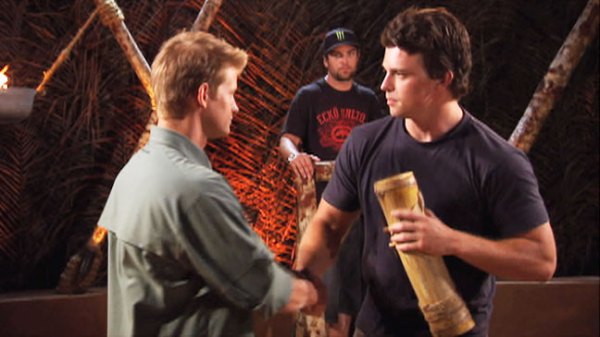 When MTV designed this season, they wanted two things: to take a risk and to focus on new faces. This is why the casting kind of makes sense.

In the mid-to-late 00’s, MTV would renew The Challenge and the Real World for multiple seasons at a time. This is likely why they took a gamble introducing Fresh Meat, because they knew there’d be at least one season after it. They seemed to follow a cycle: produce a risky season then a more secure season. In this case, we got The Island, but it was followed with a sequel to the super popular Duel.

MTV was also in a bit of a pickle during this time. According to Evelyn’s now-defunct MySpace blogs from The Inferno 3, that season was tanking. MTV was on the brink of cancelling The Challenge but gave it one more try with The Gauntlet 3. The cast was very aware that the show wasn’t producing strong ratings and production encouraged them to turn the drama up on The Gauntlet 3. The new school delivered, especially people like Kenny, Evan, Evelyn, Paula, Johanna, CT, and Bananas.

The next step was to take these fresh veterans and turn them into Challenge mainstays. This is where The Island came into play. Rather than focus on the games, show people why Kenny, Paula, Evelyn, and Bananas can carry a season. For better or for worse, they did just that.

Production wanted people to go crazy. Instead of giving them a mansion, they gave them salt water and alcohol. The cast did go nuts, and relationships were tested.

Of course, this style of show would shake the foundation of The Challenge, so it couldn’t be a frequent occurrence. It was a cheap season to produce, and production didn’t even try to maintain the land they used to film. This allowed them to have a more competitive and expensive season for The Duel 2.

As casting initiatives changed and contracts began to differ, the need for risk-taking began to diminish. When the show is renewed one season at a time, every season needs to be a banger. Total Madness was the closest we’ll ever get to another Island, and that is perfectly fine with me. The Island is a blemish on the competitive name of The Challenge, but a lot of great stories took place on that Island.