What happens when you put a boy from Boston and a girl from Wisconsin in a Real World house together? LOVE. Danny and Melinda were once the ultimate Real World couple. They first met on The Real World Austin in 2005, and ended up getting married in 2008. Sadly, the marriage didn’t last much longer than the honeymoon. In 2010 the couple split up. 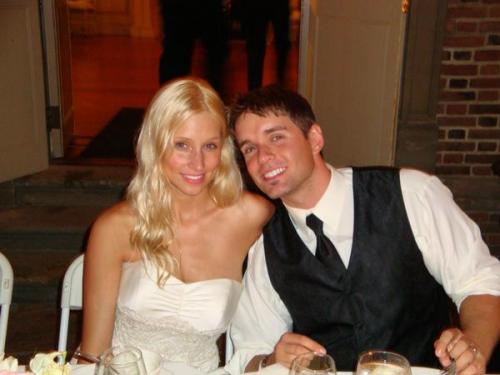 The Austin team on Battle of the Seasons may be the most diverse. We have Wes, a champion who is appearing on his seventh challenge. Then we have Lacey, who hasn’t done a TV show since Austin in 2005. On top of this we have Danny and Melinda, a divorced couple forced to work together.

So let’s backtrack and look at Danny and Melinda’s timeline.

Melinda was a girl from Wisconsin that have never lived away from her parents. Danny was a boy from Boston that worked with his father repairing roofs. They seemed to instantly connect when they got to Austin. On the first night out, Danny got into a street fight and Melinda was by his side. Danny had another stroke of bad luck when he found out his mother suddenly passed away. He flew home for her services, and contemplated not returning to Austin so he could stay with his family. Melinda realized how much she missed him and hoped for his return. Soon enough, he rejoined the cast and they spent the rest of the season together. Though there were a couple of minor fights, they remained in love after filming and Danny proposed to Melinda on camera during the reunion special.

Fresh Meat (2006)- Both Danny and Melinda participated in this challenge with Wes and Johanna, the other couple from The Real World Austin. Danny was the first person eliminated from the challenge. After his departure, Melinda had a hard time staying focused on the game and was ultimately the second person eliminated.

The Inferno 3 (2007)- Danny appeared on this challenge without Melinda, though he was still very committed to her. He wanted to win. Not just for pride, but also for financial support. Despite his strong desire to win, he lost in the third Inferno.

The Gauntlet 3 (2008)- Danny and Melinda were still engaged, and both decided to compete on the challenge in Mexico. Melinda was on the rookie team with her Austin roomies Johanna, Nehemiah, and Rachel. Danny was all alone on the veterans team. In a way, this was perfect because the couple had a chance of making money regardless of which team won. During the season, Melinda got knocked in the hear with a plank of wood and was rushed to the hospital. Danny was by her side during this, and fortunately Melinda recovered and was able to continue competing.

Melinda got voted into a Gauntlet about half way through the challenge. Danny was furious that Johanna was unable to prevent Melinda from going in and the two ended up arguing. While they eventually apologized, Johanna lost her position as a bridesmaid in the wedding because of this fight. Melinda lost her Gauntlet and was sent home. A couple of episodes later, Danny was voted into the last Gauntlet of the season and lost right before the final. Looking back, this didn’t matter because Eric ruined the final challenge for the veterans anyway.

The Ruins (2009)- Danny returned for his fourth challenge as a married man. He hoped to win money, but was the fourth male sent home. It didn’t make a huge difference because his team (The Challengers) had a 0% chance of winning.

Fresh Meat 2 (Spring 2010)- Danny returned for his fifth challenge. He was still married and hoping to win money for him and his wife. He was voted into the Exile by Wes, his best friend and was sent home.

Cutthroat (Fall 2010)- Melinda returned for her third challenge. This time, she was a single woman. Their divorce occurred in early 2010 (after Fresh Meat 2 filmed, but before it actually aired). Though Melinda did mention the fact, she was able to enjoy her time on the challenge and made some new friends. She lost in a Gulag about half was through the challenge.

Battle of the Seasons (2012)- Here we are! Danny and Melinda are reunited. If you’ve followed their story you know two things: they’re best when they’re together and they’re not very good at challenges. Perhaps they will be able to win some money with the help of Wes. 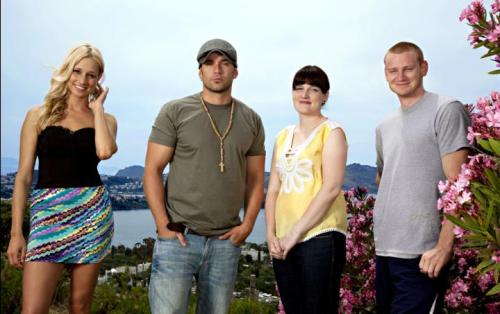 The direction of their relationship seems uncertain. Based on a clip from MTV’s Remote Control blog they seem to be civil. Wes thinks Melinda is crazy for dumping Danny. I wouldn’t say there is a great potential for them to fall back in love, but it would be great to see them as friends. Hopefully they are able to communicate, but their relationship brings an added obstacle to the Austin team. Maybe if they can put their drama aside they have a chance of leaving this challenge with a nice pay check and a new friendship.