It’s not uncommon that Real World/ Road Rules fans all fall in love with someone. Usually, these people are perfect candidates to compete in a challenge. However, there are still some out there that have never competed. Let’s check out some of the best Roomies and Roadies that have yet to made their challenge debut.

Malik- Malik was on of those sensible guys to go onto The Real World whose head seemed to be screwed on right. He was understanding, friends with Coral, and refused to accept bullshit from Nicole. I’ve always wondered why he never made his challenge debut, but I’d still welcome him onto a challenge.

Patrick– Usually the season’s stud is one of the first to appear on a challenge. Not this guy. Despite the fact that Road Rules fans were crazy for Patrick, he never made his challenge appearance. He must have been too busy taking care of X the dog.

David– After getting kicked off the Viewer’s Revenge RV for leaking information to the public, fans of RR14 wanted to know how well David could compete. We never got the chance to find out, though he still seems interested in competing in the future.

Trisha and Parisa- The two girls responsible for the Sydney shovefest have never returned to do a challenge. They were never ones to bite their tongues, and it would have been fun to see them thrown into the challenge mix. I’m still hoping that one day at least one will make a return.

Will- DJ Will Gill was best know for dating Real World Key West’s Janelle and fighting with Greg. Though he was usually a calm guy, he had strong social skills and wasn’t afraid to tell people off when the time came. Both of these skills could have helped him in a challenge. 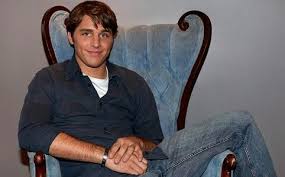 Ryan- Most fans of the Brooklyn season loved Ryan. He was called back to the army during his season, but he was discharged again in 2010. Since then he has married, but now that his life is less hectic hopefully he’ll have the time to do his first challenge.

Joey- Joey gave us so many reasons to hate him, but somehow we all ended up loving him… including Ayiiia. I can’t say I see him being the strongest competitor, but I can definitely see him being an entertaining one.

Andrew- Equipped with a panda hat and a sense of humor, Andrew was one of the few interesting things on the DC season. He survived a fall off the balcony after Ty pushed him, but he hasn’t regained enough sense to compete on a challenge.

So happy to have Ruthie back 🥰
Katie might not be the best competitor but time has been so kind to her. She look amazing this season 🤩
Did she come in first? No. Did she break a sweat? Also no.
People are trying to make it seem like LT is too serious and no fun. Definitive proof they’re wrong.
The reunion hosts we want and deserve.
The Godfather 👑