This week we were promised the Cory and Brian fight. Did it happen? Not really. Let’s check out what did happen: 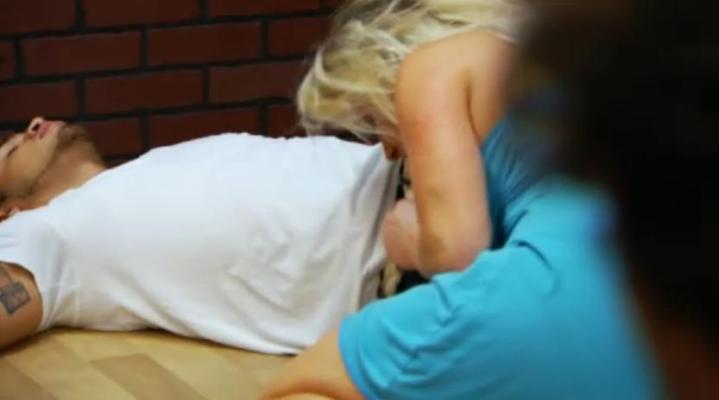 At the beginning of the season, Arielle mentioned that one of her aspirations was to direct horror films.  This week, the cast got to see one of her completed films and she started working on her second film named Casting Cast about a casting call gone horribly wrong. She starts to play around with some scenes, using Jenny and Cory as her actors. Of course, they manage to make this semi-sexual and Jenny gets to rip off Cory’s belt with her teeth.

According to Jenny, she is “broke as a joke.” To make some extra cash she decides to become a go-go dancer. She did this in the past, and she enjoys dancing, but Brian disapproves of this new job. His mother stripped, and she saw how being in that industry negatively affected her life. Jenny explains that go-go dancing is different, but Brian claims that he is a “deep dude” and thinks that go-go dancing will be a negative impact on Jenny’s life.

After going to the club to “support” Jenny, Brian returns home to complain about her new job. Jenny’s original roommates step in to defend her. Jay and Thomas become annoyed by Brian and tell him to be quiet. Of course, Brian does not respond well to this and the whole house starts screaming at each other. 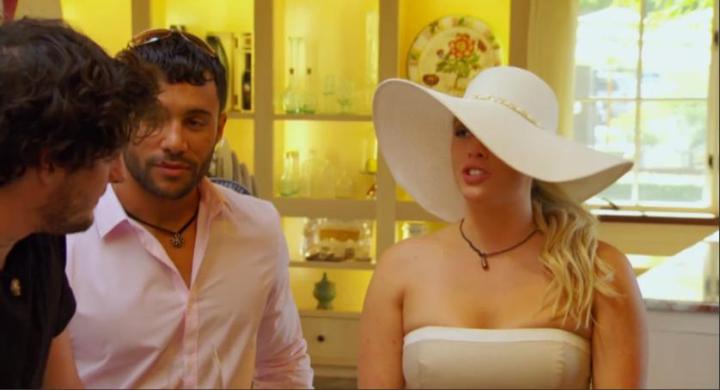 The roommates take a field trip to Napa Valley for some relaxation and wine tasting. Jenny knows this is a more sophisticated environment, but the boys just want to get drunk. Thomas starts double-fisting wine, and then starts swearing. Jenny tells him to stop cussing, but Thomas is too drunk to stop. Then, in true Thomas fashion, he passes out on the ride home.

At the club, a girl approaches Cory. He knows this girl just wants the cameras, so he ignores her. Ten minutes later, this girl is hanging out with Brian. On the ride home, this sparks a fight between Cory and Brian. They finally admit that they don’t like each other and Cory brags that he hooked up with Jenny in two days. They get in each others’ faces and the fight has begun!

One thought on “Real World Ex-Plosion: Top Moments From Episode 11”

You rock with this alliance?
Which one do you like best?
Jenny during her one episode on Amazing Race!! Who’s excited to see her compete on The Challenge 💪
We’ve seen a lot of finalists get to the end without seeing an elimination. Who was the most worthy? Check out my blog post—- link in my bio.
My #wcw goes to this icon. Honestly, one of the best Challengers we’ve ever seen.
BIG T HYPE? Who’s a fan?