This week we discover what life without Jordan is like: 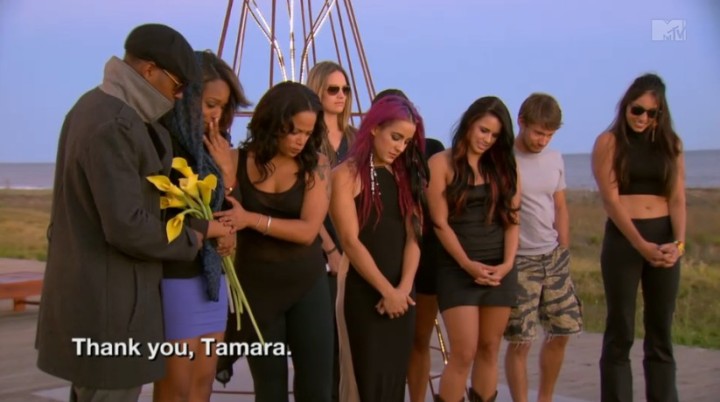 After getting ruined by last week’s Sausage Party challenge where Devyn was required to roll through tomatoes, she had a funeral for her wig Tamara. It was a kind, love wig, but as I was watching the funeral I was left with one question: Why the fuck am I watching this?? 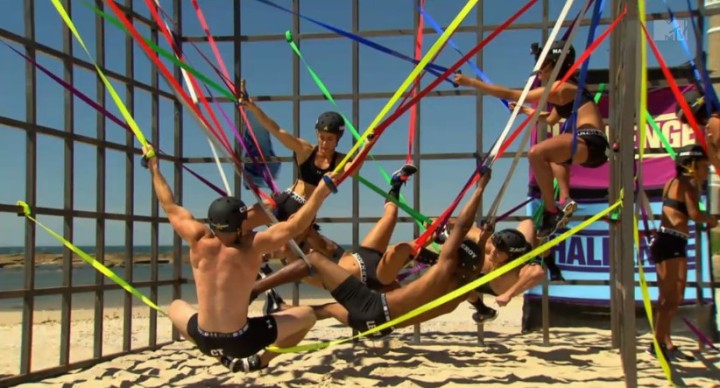 This week’s challenge was named Hold that Pose and it split the cast into two teams. One team was headed by Devyn, the other by Johnny R. The goal of this challenge was to have the entire team suspended for a minute while holding onto their ropes. Each person on the team had 4 specific ropes (separated by color) to hold onto. The ropes varied in length, making it difficult to position the team. Initially it looked like Johnny’s team was going well because they were strategically placing people based on size and strength. However, Devyn’s team just held onto their ropes and hopes for the best… and they won.

After a night out, Nany sleeps with Johnny R. She is reluctant to tell Cohutta out of fear of making him mad. After avoiding any conversation with Cohutta, Nany confesses to Preston that she feels like shit for betraying him. Eventually she tells Cohutta that she was with Johnny, and Cohutta is understanding. He feels that Nany needs to work on letting people into her life and being more vulnerable. The relationship seems to have a happy ending… except Cohutta is up for elimination.

Devyn’s team has to vote! And for the first time, a team vote is unanimous. The guys think Preston should go in because he’s clearly the weakest player. Then the girls vote in Aneesa, because why not? They don’t want to piss off Laurel.

Aneesa prays that Laurel flips the kill card in The Draw, and her prayers are answered when Laurel gets sent into elimination. Then The Draw claims Cohutta for the guys. This week we saw the Oppenheimer elimination for the second time. Preston is excited, because he is taller than Cohutta and feels that he stands a chance. However, Cohutta proves to be faster when he easily defeats Preston twice to claim his first win on Free Agents. Then Laurel and Aneesa face each other. They bang into each other, but Laurel narrowly beat Aneesa in the first round. Then the same thing happens in the second round, and we see the same result. Aneesa was stronger than Laurel anticipated, but still loses.

2 thoughts on “The Challenge Free Agents: Top Moments from Episode 8”