Last week was a big week for recent Challenge winner Sarah! This weekend, she dropped her last name and changed it to Patterson after marrying her now-husband Landon. Sarah looked beautiful as she walked down the aisle: 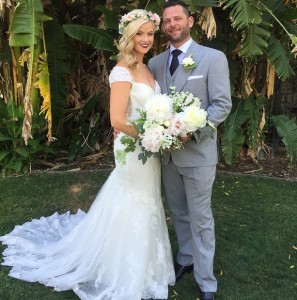 The wedding appeared to be smaller, at least when it come to attendance by MTV personal. Chet, Baya, Frank S., Theresa, and Susie all made an appearance. Still, Sarah’s excitement was felt across the Challenge community.

But the excitement did not stop there! Prior in the week she graduated from college! A feat that she says took her 12 years, but she finally accomplished. Of course, the delays in her obtaining her degree were caused by her involvement in 9 MTV shows. 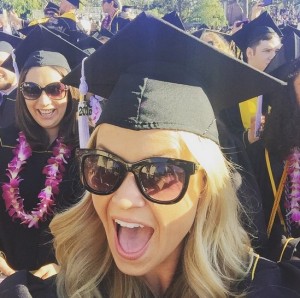 Both events are very exciting, and it seems 2015 is going to be one of the biggest years of Sarah’s life!