This week, we saw lots of pain. Pain from separation. Pain from back stabs. Physical pain. 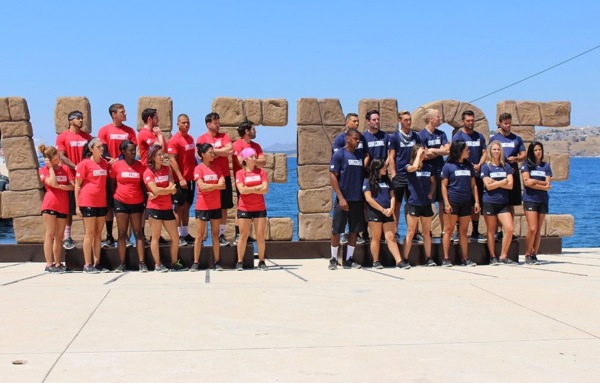 SUPER TWIST! The pairs are split. Because they won last week, Jamie and Cara Maria become captains who get to pick alumni dodgeball style, sending their bloodline to the opposite team. The teams are split as follows:

The next challenge is name Meet Me Halfway. The teams have flags and they have to jump from platform to platform to platform with the flag and bring it to the opposite side. Team with the most flags, meaning the fewest people fell, win. The catch, the middle platform is unstable and swings, throwing off all momentum. The red team goes first, and have Nicole, Rianna, and Tony fall. In the process of falling, Tony slams his body against the platform and takes a nasty fall. Additionally, Candice lands on her face and is dripping blood. Then the blue team goes, and Jamie, Vince, Kellyanne and finally Larissa fall. The blue team loses… and TJ reveals the voting twist.

The losing team must vote one person into the pit (this week being a girl’s week). The winning team picks the other player from the losing team to compete. The twist? If you lose in The Pit, you take your bloodline home with you. Upon hearing that Larissa is a candidate for The Pit, Camila storms through the house attempting to save her. She targets the rookies first, trying to get Stephen, Mitch and Raphy, but they won’t be “bullied.” Her next stop is Nany, who wasn’t even voting for Larissa. Then, she approaches Vince and Leroy. Vince doesn’t care the Camila used to be partners with Bananas, he will vote for Larissa. Leroy, who is voting for Larissa because she’s a “rookie” doesn’t seem to budge either. This infuriates Camila.

Camila watches in anger as the blue team votes in Larissa, but she has one last plan and her team is on board with this one: she wants to send in Jenna. She believes Jenna is the easiest target for Larissa and is she loses she will take Brianna home with her. The red team decides that Jenna has to go in, so we’re prepared for a Larissa vs. Jenna Pit. 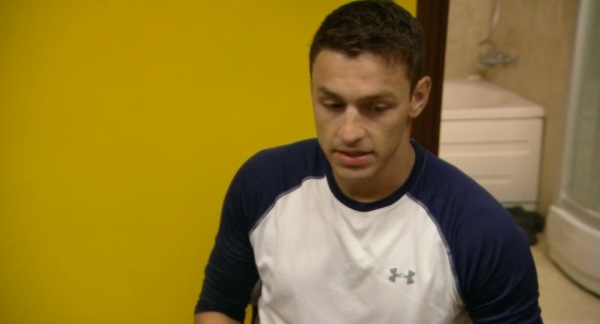 Candice and Tony are sent to a Turkish hospital after their injuries. Candice returns home with 10 stitches in her face and a surprise broken toe. Tony returns the next morning, and says he has no internal bleeding or broken ribs, so he’s good to go. As the cast prepares to head to The Pit. However, Tony starts to turn green and feel sick. Production wants him to head to the hospital. Not wanting to go to a Turkish hospital, Tony declines medal attention. As the cast is walking to The Pit, Tony faints. Production calls and ambulance but… TO BE CONTINUED

Sometimes it feels like Devin is the only one trying this season.
Nelson and his mom!! This is where he gets his smile from :)
Ashley learning she’ll get power in the game.
Team Young Bucket Hats
Amber’s strategy 😂 🍑
Tbt. Derrick showing up for his first day of work… first mission he ever competed in!