The exciting (first) return of CT…..

1. Back In Good Faith

New week, new challenge. This week’s challenge is called Too Clingy, and the cast has to climb over a cargo net, and then climb under the net while getting as many people across in the fastest possible time. This concept is really difficult, so production flew CT and Diem’s sister Faith half way across the world to demo it. While demoing this challenge was completely unnecessary, having CT and Faith on the show reminding us of Diem’s legacy and her love of overcoming challenges.

2. Hanging By a Thread 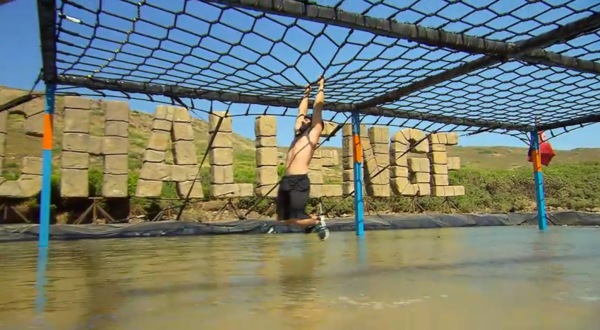 The blue team competes first, and most of them struggle. Kellyanne makes it across first, and Mike follows behind. However, Vince and Mitch fall because they decided to only use arms. Jenna also falls, meaning three people fell from the blue team. This makes things hard for the red team… because they want to throw this challenge. Anthony and Bananas want to keep Kellyanne safe, and because she has a male bloodline, if the red team loses she is not in jeopardy. So the red team goes, and Brianna makes it across right away. This scares Bananas, so he fake-helps RIanna until she falls. Then he falls into the mud, and everyone realizes he’s trying to throw the challenge. Anthony slowly crawls along until he falls. Even though three people on the red team fell, the red team still wins because the four people who made it across did so quicker than the blue team.

Jamie is mad that Kellyanne wanted to throw the Challenge, and sees a divide in the house. So he promises to paint a target on Kellyanne’s back. However, Kellyanne really doesn’t seem to care. Still, the blue team threatens to send her into The Pit.

The blue team has the opportunity to make Kellyanne pay for trying to throw the challenge… and they vote in Jenna. Not to worry, Jamie’s anger carries over to the blue team who votes in Kellyanne. Bananas even votes for Kellyanne to so as to not piss off Aneesa. So we have out match up: Jenna vs. Kellyanne.

5. Dizzy Up the Girl

The elimination is called Spun Out and the player with the lowest time wins. First you spin on a wound up swing, then you must balance on one foot for 10 seconds. Then you spin again and then you have to stack a bunch of blocks onto a single column. Jenna complete the single-foot-stand after Kellyanne, so she is at a disadvantage. Then, they get to the point where they have to stack the blocks. Kellyanne tries to strategize, but recent kindergarten graduate Jenna takes three blocks at a time an quickly makes a column. This buys her enough time to win! After three Pit wins, Jenna is now back with a vengeance for blood… or at least bananas.