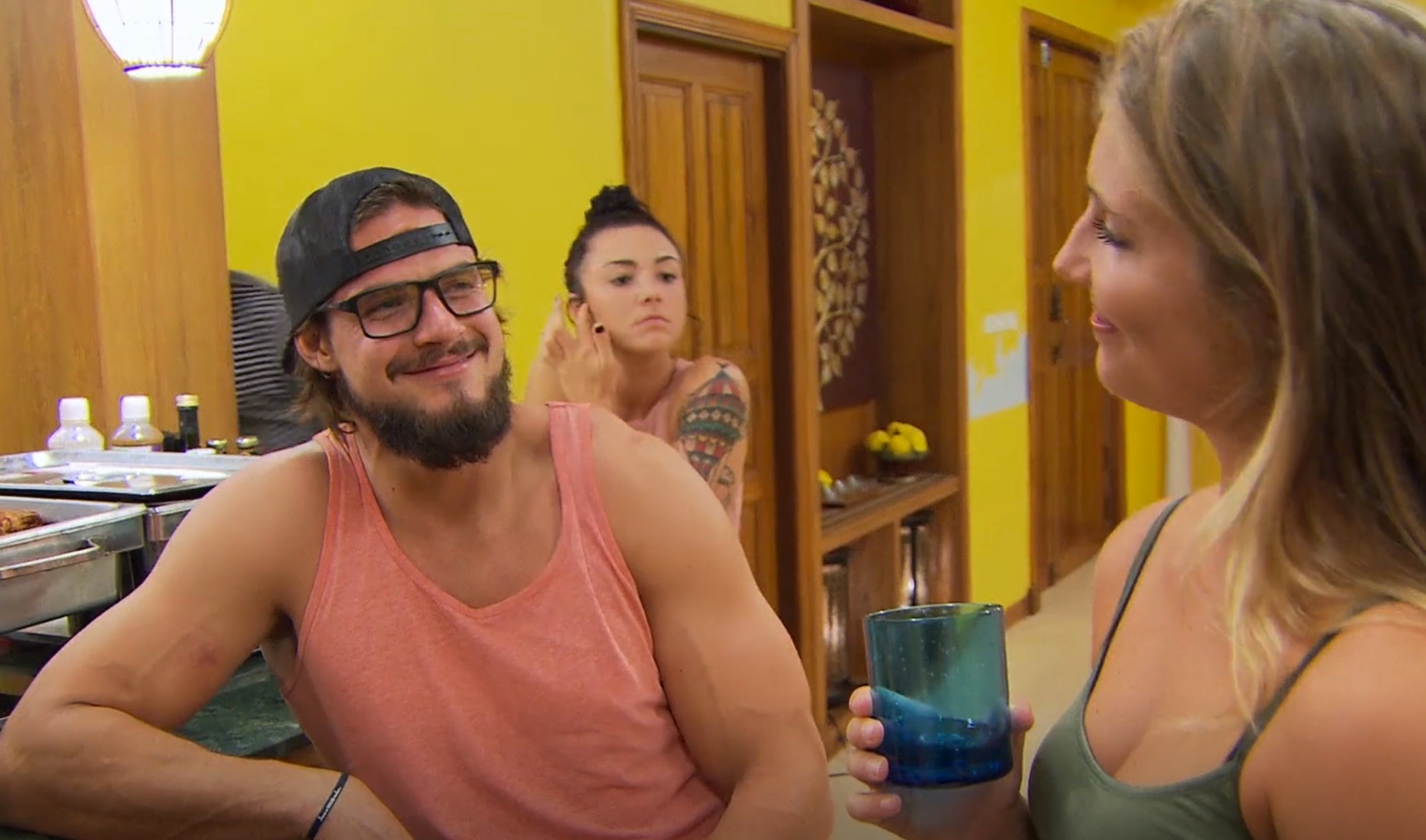 The awkward moment we’ve been waiting for has arrived. Jenna and Zach are back in the same room. There is some obvious tension between the two, but it seems like the two reconnected fairly quickly. In this moment we saw a side of Jenna we haven’t seen in a while. She seemed happy, she was smitten, and she was glowing. She even confessed the production that she isn’t looking for closure, she’s looking to pick back up where they left off.

So what happened? Zach knows he messed up. He was messing around with another girl while Jenna was away filming Rivals 3. Jenna called Zach while in Mexico and when Zach picked up the phone (which was probably from an unknown number, because Jenna was using a landline Mexican phone) he called Jenna “Brooke,” which was the name of the girl he was messing around with. Jenna was heartbroken, and at the Bloodlines reunion (which was filmed after Rivals 3 filming had wrapped) Jenna was teary-eyed when discussing the then-recent break up with Zach. Allegedly, the relationship was really serious, to the point where Zach had discussed marriage.

The damage is done. Time has passed. Both Jenna and Zach seem interested in rekindling their relationship, though Jenna seems more interested than Zach. Most importantly, they both seem happy when they’re together, even though they could be reentering the honeymoon phase.

So should they get back together? In my opinion- yes! If they both want to be together then there’s no major harm in trying to make things work. However, Jenna needs to tread lightly. There will likely be some trust issues in the relationship, though it’s really not all that uncommon for someone to cheat in a relationship and for the relationship to work out. At this point, all of Zach’s dirty laundry is on the table. Hopefully Jenna understand there is a danger of having her heart broken again, but if she feels comfortable pursing this relationship then I believe she should.

How do you feel about these two reconnecting?

Footage of me looking at the Season 37 cast list
A tale of two Infernos. Which season did you like more?
Good times 🤐
I love that it’s not censored.
Why couldn’t @kylecgshore compete with a broken finger?! He has 9 more!!
These two 💕