Everyone loves a good elimination battle, and Lolo Jones vs. Lindsey Jocobellis would certainly be a good fight. Instead, as it stands right now, we have Lolo vs. Tia Blanco. While Tia has proven herself to be a good competitor, a game like Basket Brawl gives her a huge disadvantage when competing against Lolo. 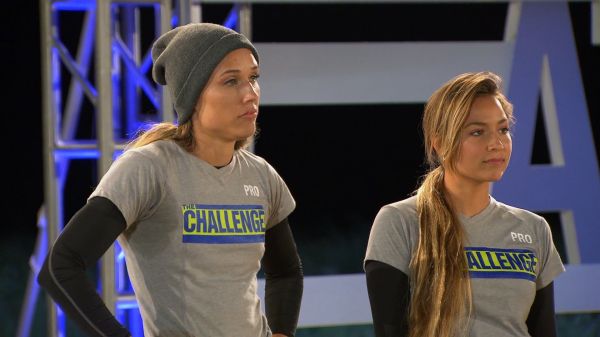 In the fairness of the game, the Pros forced a tie so Lolo could pick her opponent. This is the outcome the majority of the team wanted, and if they wanted Lolo to face a competitor of more comparable size, they would have sent Louise into elimination. Also, we don’t know for a fact that Lolo can beat Tia. Tia still have a fighting chance and we’ve seen her exceed expectations on more than one occasion. For these reasons, it seems like Lolo should face Tia.

On the flip side, Lolo being sent into elimination was 100% Lindsey’s choice due to the fact that she was the winning team captain. If Lindsey wanted to volunteer to go into elimination, no one was going to stop her. I can say with almost 100% confidence that the Pros team would honor Lindsey’s decision to volunteer so it’s not like they are eager to see Tia compete. Regardless of her competitor, Lolo is forced to compete, so if Lindsey wanted to compete against it’s not like Lolo ever had the ability to avoid it.

I’m always down for a good competitor, so I’d like to see Lolo and Lindsey compete, but Lindsey choosing to volunteer at elimination is fairly skeptical and is a gray area in the rules.

These two ❤️
So you think the ruby team has any chance of winning at all?
4 elimination wins 💪
Ayanna helping Leah 💕
Congratulations to Kyle on his second win of the season 💪
Do you blame Tori for playing for the ruby team week?