The continuation of a cliffhanger. Here’s what happened: Lolo chose to compete against Tia, Tia lost.

The Challenge: Keep Your Eyes on the Prize. Basically, it’s Don’t Forget About Me from Battle of the Exes 2, but it’s a team relay. One person lifts the cover of the puzzle, one person yells out the answer to the puzzle, two people take these answers and relays them to another two people. Then, the puzzle master puts the pieces on the board.

The Elimination: Ice Bath. Similar to Chill Out from Rivals 3, except only arms are submerged in the water and the puzzle is a slider. 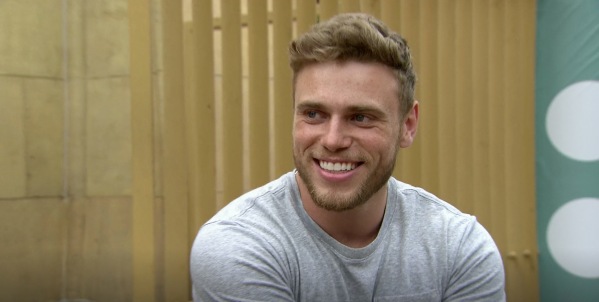 Gus is the MVP for two reasons: he was open about his sexuality and the reasons he is supporting his two charities. Also, he won his elimination against CM Punk and stepped up to be captain. Even though this elimination was mostly the result of teammates telling him how to solve the puzzle, he still did a great job.

Darrell has come a long way since his Road Rules days, but over the past few years he’s started a family. Darrell stepped up to be captain for the March of Dimes, a charity supporting babies born prematurely. Darrell’s son benefitted from this charity, so it was particularly nice to see him win and call his son.