Season 30 of The Challenge promises to bring thirty of the dirtiest game players together for some unfriendly competition. While some of these people still have a fairly clean track record, others have earn their rep as dirty players. Here are ten times when the game went from friendly to ugly:

Dario wasn’t a Bananas fan on Bloodlines, and when he had the chance to strike against Bananas on Rivals what did he do? He sided with Bananas and stabbed his band of rookies in the back to advance his game. It may have bought Dario an extra week in the house, but it also one of the few opportunities to get the biggest threat out of the house and he wasted it to advance his own game.

Allegedly these two were boys, but when Nelson’s back was to the wall he only looked out for himself. He made an agreement with Cory during the Underdog bloodbath, and the second he had the opportunity he stabbed Cory in the back by advancing his own game. While this was an individual game, Nelson never really took responsibility for his move.

8. Ashley Takes Out and Ally

It’s no secret that Ashley and Simone had beef on Rivals 3, but their partners Cory and Thomas were allies, so hopefully they could put their beef aside and work together. No such luck, and Ashley convinced Cory to send his ally Thomas into the Jungle so he had a chance to eliminate her enemy Simone.

Cara Maria was never good in the political aspect of the game, so her attempt to gain allies took an unconventional approach. Namely, she made provocative moves to gain Thomas’s support on Battle of the Bloodlines. Ignore the fact that Cara Maria was in a relationship with Abe at the time, that’s her business. However, using massages and whispering sweet-nothings into an opponent’s ear is an awfully manipulative and conniving why to gain his support.

5. Jordan Flips All The Cards 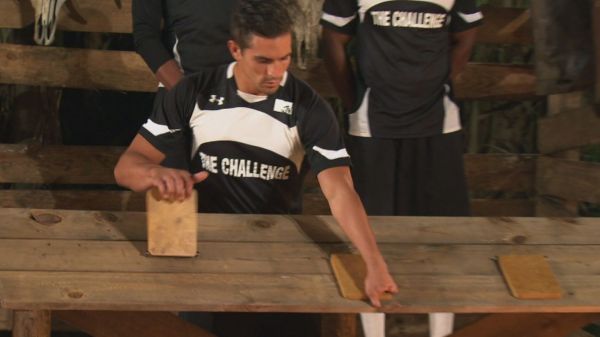 This move could be called dirty, egotistical, or ballsy but it’s certainly one thing: memorable. When Bananas was sent into elimination, Jordan took ownership of the situation and flipped all cards at The Draw so he could take Bananas out by himself. Did it work? No, but props to Jordan to having the balls to try to take Bananas out.

4. Bananas and Derrick Stack the Boat 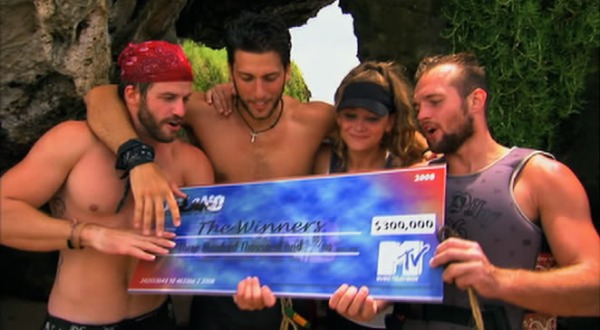 Bananas scored his first win alongside Derrick on The Island. The catch? Bananas put his season-long enemy Evelyn into his boat with Derrick and Kenny. While Ev is undeniably a strong competitor, Paula got kicked out of Banana’s boat to make room for Ev after being loyal to her Key West roomie for the entire season.

3. Leroy Sides With the Devil

On The Challenge, “the devil” has become synonymous with the name Wes. On Exes 2, after Bananas was seemingly eliminated from the game, Leroy decided to forge an alliance with Wes. The catch? Wes said Leroy could be his #1ally by eliminating his #1 ally, who was Zach at the time. As a result, Leroy sided with Wes and went back on his word with Zach, sending Zach into elimination.

In the early days of The Challenge the game was a little more straight forward. When Veronica found herself in the hotseat and heading into the Inferno she convinced her entire team to throw a challenge, allowing herself to get the fastest time and win the Lifeshield so she could send Katie into the Inferno. Somehow, six Road Rulers agreed to this plan, and Veronica successfully removed herself from the block and threw Katie into The Inferno. Even though Katie won The Inferno and didn’t go home, the Road Rulers voluntarily forwent $10,000 because Veronica wanted to avoid The Inferno and got nothing in return.

What else would be number one? After earning the opportunity to take all the prize money on Rivals 3 or split with his partner, Johnny took it all. He left Sarah penniless and bitter and solidified himself as the biggest villain in Challenge history.