The cliffhanger ending at the end of last week’s episode and leading into this week’s episode left fans with more questions than answers. After losing in The Presidio, Ammo collapsed to the ground that needed medical attention. Ultimately, he opted not to return to the redemption house because he felt it would not be best for his mental health.

So what really happened? 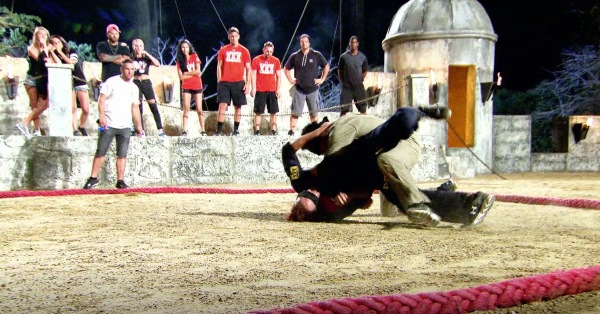 As it turns out, Ammo revealed the event was a result of PTSD after an ex held him down and raped him. The act of being held down and in the competition triggered the episode.

Sadly, this event resulted in Ammo returning to the State to receive counseling. Even though this incident had an impact on his wellbeing, Ammo was not aware of the existence of interrelationship rape until he received support from a social worker at Planned Parenthood.

The good news is that Ammo is on the path to recovery. In fact, being on The Challenge was a step toward this because he wanted to do something that proved he was still strong. He also turns to music and counseling for support.

If you’re compelled by his story and want to support him in his path to recovery, you can support Ammo on his YouCaring page.