Here we go! Time for the regular challenges. 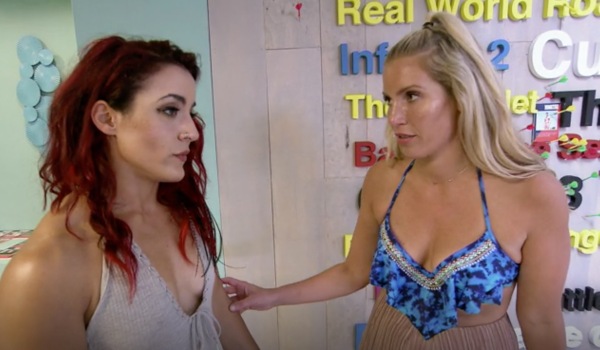 The episode begins with a bunch of vendettas being explained and the US competitors ogling over the UK competitors. Then, the focus shifts to a conversations between Marie and Cara Maria where Marie encourages Cara Maria to keep her enemies close and work with Kailah. Cara Maria seems receptive, and ends the conversation by congratulating Marie on her relationship with Kyle. The two seem to be on good terms, but have all the issues really been addressed?

2. The Money and the Power 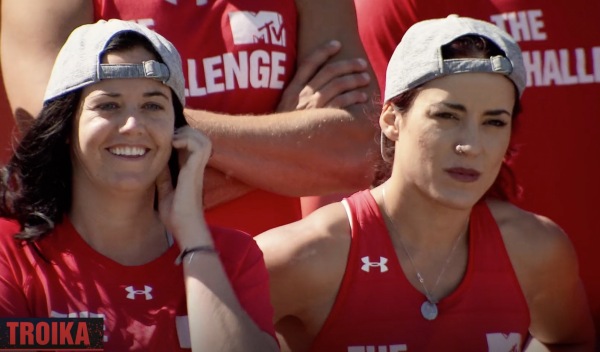 TJ welcomes the competitors to their first competition called Balls of Fury. In this competition, competitors must slide into a pit of suds, climb out, and successfully basket three balls. Because this is a male elimination day, the slowest male will go straight into the elimination, known as The Ring. The fastest male and fastest females will share each get $12,500 and the three fastest times overall will become part of the Troika who decide the second person to go into elimination. 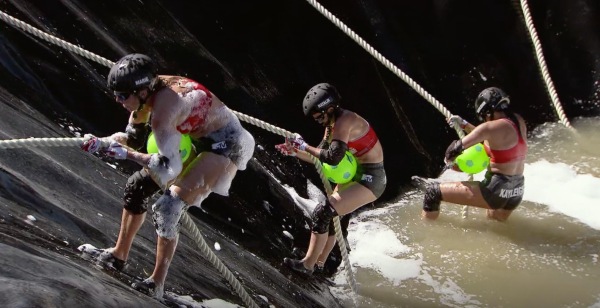 The girls compete first, and many struggle. Britni, Kam and Cara Maria seems to perform the best, but Brinit finishes first and wins the money. For the men, Bananas manages to score three balls first and wins the money. Kyle and Brad come in second and third. The three men become the first Troika. Even though Britni came in first for the females, her time was slower than Brad, the third place male, so she is not in the Troika. Nelson is the worst performing male, so he is heading straight to elimination.

4. The Power of Three

First, the Troika must decide on three people to consider for elimination. They select Tony, Cory, and Victor. Then, the three will join the Troika in The Inquisition, which is an opportunity convince the Troika to keep you safe. While Tony and Victor keep their cool, Cory tries to save himself with a lie. He tells Bananas that Brad is working with Shane, Devin and Victor and they want to eliminate Bananas. They all see through this lie, and Cory solidifies his fate.