Let’s be honest. There isn’t a lot of competition on the woman’s side. In terms of physical, we have Cara Maria and Nicole. There’s also Kailah who’s a little bit of a long shot, but other than that we don’t have a great amount of competition. Of course, we also have one wild card in the mix: Kam. 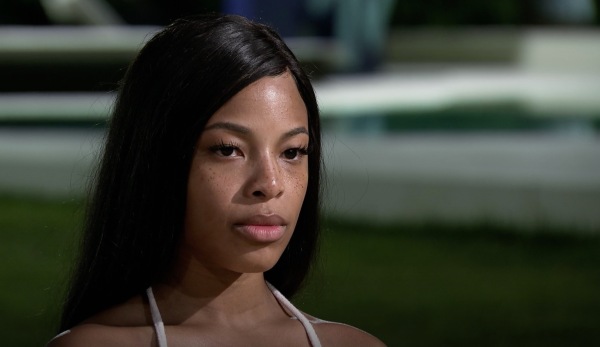 Kam almost won the Who’s Got Balls challenge, but other than that has hasn’t been a huge physical force in the competition. Granted, she’s never been in last place or even in danger of coming in last, but she also has only one competition where she’s posted a notable performance. However, she’s something about this Are You the One? Season 5 alumnae that makes her stand out. Mentally, she’s strong.

If you watched her debut on AYTO5, you’ll know she found her perfect match in Eddie and had a friendship with Alicia. Then, the night before leaving for the Honeymoon Suite, Alicia and Eddie hooked up. This severed her friendship with Alicia (as well as her relationship with Eddie) and sparked a new vendetta. What did Kam do? She confronted it, head on. At the reunion, she was ready to call Alicia on her shit.

This can make you a dangerous player in the game. Kam is one of the few players in the game who appears confident, but not overly cocky. Take someone like Cara Maria, who has a history of being an outsider and is often considered less confident. While her confidence has improved over the years, during her first six seasons people wouldn’t hesitate to send her into eliminations. On the opposite side of the spectrum we have Nicole, who is so confident in her physical abilities is almost highlights the fact that she’s lacking in other areas. For example, shoving Alicia off the hashtag on the #Vendettas challenge was just her flexing and a poor strategic move.

Knowing your abilities in this game is very important, and Kam comes across as someone who is aware of what she can do. Whether or not she can perform is almost irrelevant, the fact that she’s composed and appears unafraid makes her dangerous. This is why she can outperform many rookies and she’s the rookie I have my eye on.