Quite a few couples seem to be pairing off this season, but perhaps the most surprising is Nicole Z. and Melissa.

We know Nicole has a thing for obtaining the unobtainable and she tends to go for straight girls who are cool with experimenting. This season, it seems Melissa has taken the bait. 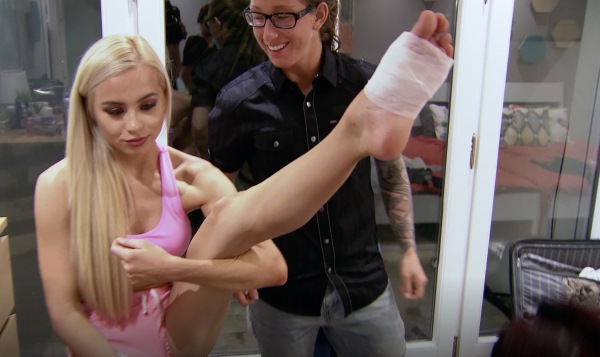 I admit that I didn’t know much about Melissa prior to this season, but she was on Ex on the Beach UK. This leads me to believe she is accustomed to heterosexual relationships and being with Nicole is out of her element. However, she seems to be adapting really well and Nicole seem to be into this relationship.

While the two are getting along really well, Melissa has openly admitted that she’s pairing with Nicole because Nicole is a strong competitor. There is personal gain for Melissa and she’s willing to milk it as much as she can. While it hasn’t entirely kept her safe, it doesn’t seem to be damaging her game either. Nicole, on the other hand, isn’t going to benefit at all from this relationship though I don’t think she’s too scare of the competition.

So is this relationship real? No, not really, but I think both Melissa and Nicole are aware of this. Both are trying to enjoy their time and neither is taking the relationship too seriously. Perhaps they’re friends with benefits at most, but I don’t think Melissa is the new Laurel. In the future, they’re not going to be involved but they’re not so uninvolved that they wouldn’t be considered exes if Exes 3 ever happened.