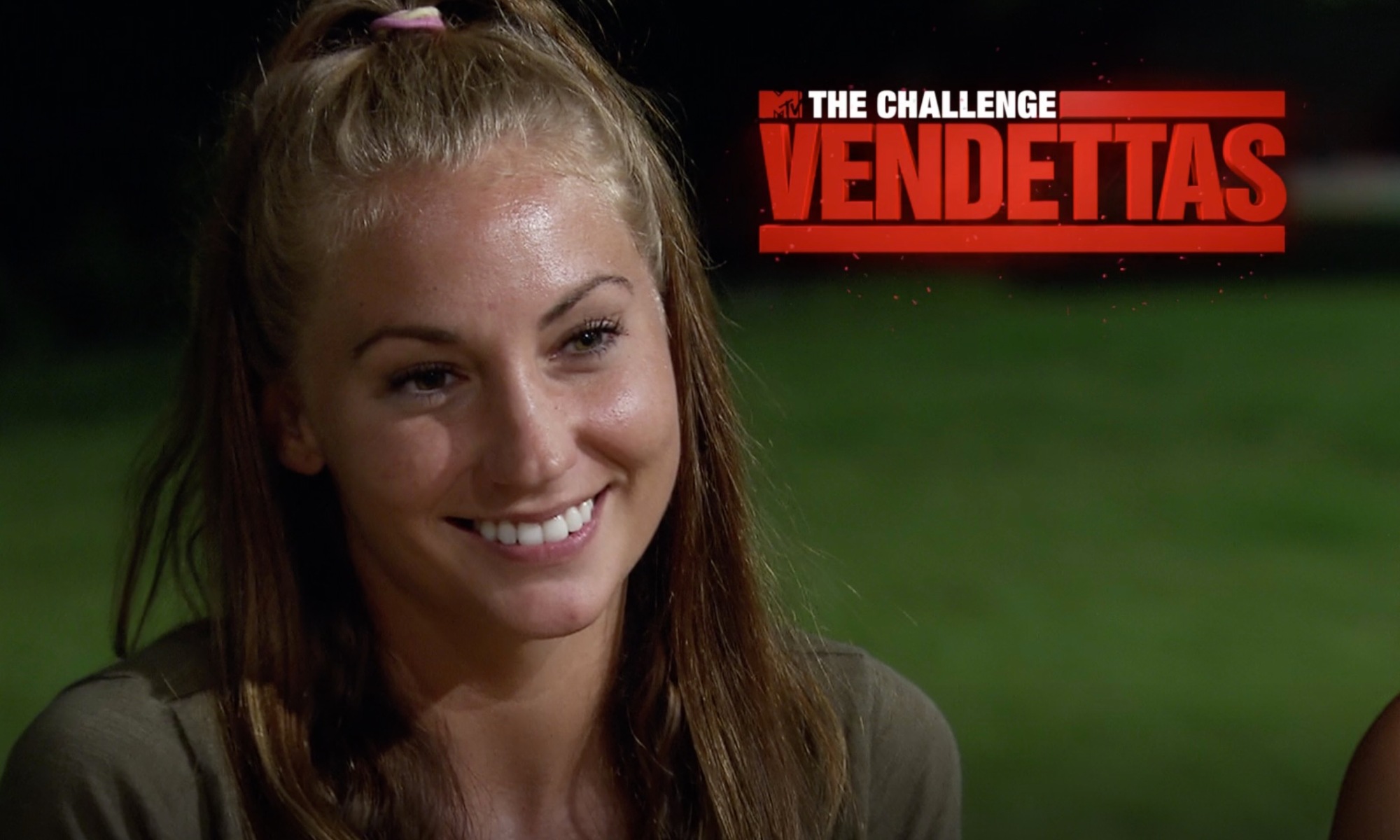 Brad’s return to The Challenge may be his most controversial appearance yet. Amid fights with new schoolers like Tony and Marie he found a new fling with rookie Britni. After keeping himself safe from The Ring by sending Sylvia into The Ring, Britni found her game in jeopardy when she was in The Inquisition.

How did this all happen? Britni certainly proved her strength on Dirty Thirty, eliminating two girls from the game and making it close to the final. She made friends, gained respect, and had a strong start on Vendettas when she won the first challenge. She then became involved with Brad, and their relationship went from casual to exclusive. They’re spending less time with other cast mates and they’re clearly invested in each other. This paints a target on their back and they’re now looking at each other. When you’re in a relationship on The Challenge, other competitors are going to want to split you up.

While being involved with another competitor can hurt your game, Britni made this choice. You can’t blame Brad entirely for this.

By association, Brad is hurting Brinti’s game. Brad doesn’t have too many connections due to his time away from the show, but he does seem to have a number of Vendettas. Twitter beefs with people like Tony have turned into real Challenge drama, and fights with people like Marie over trivial things like pizza have shown Brad can be unstable. Independent of Britni, Brad has given himself a big target. Brad’s really not a bad competitor either, so getting him out of the game eliminates a physical threat, separates a couple, and removes drama.

Yes, Brad is going to hurt Britni’s game. People want Brad out and they will sacrifice Britni to reduce his power in the game. Britni did earn herself a bigger target when she entered a relationship on The Challenge but Brad has expanded the target with his behaviors.

The only good thing? Other than having found love in The Challenge house? They’re a team and working together. As the game progresses and the number of competitors decreases, their two votes have more strength in the game. Perhaps this could enhance their game as it progresses.