A lot going down in one episode! 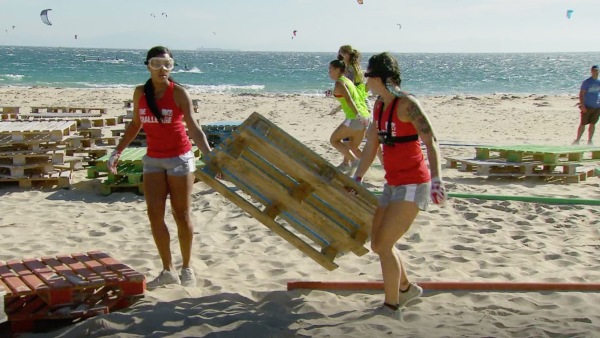 The episode quickly goes into the first challenge: This Land is My Land. It’s essentially a relay race where competitors must obtain crates of wood, run them to a stacking station, and then stack 45 to raise a flag. There’s some opportunity to steal from opponents, and Devin assembles teams with his grenade and tries to stack his team to be the strongest. Meanwhile, there’s a smaller team consisting of Leroy, Cara Maria, Jemmye and Kyle. Unsurprisingly, the green team with Zach and Nicole wins, leaving Devin’s “stacked” team to compete against the smaller team. Somehow, they lose.
2. Twice the Deceit

TJ lets the cast know this is a double elimination. The losing red team, consisting of: Devin, Brad, Nelson, Kailah, and Kam need to vote in one male and one female. They pick Brad and Kam. The winning green team makes the Troika consisting of Zach, Tony, and Natalie and promise to keep their other memeber, Britni and Nicole, safe. However, Britni gets nominated to go into The Ring. She’s shocked, but told this is a burn vote.
3. At Your Mercy 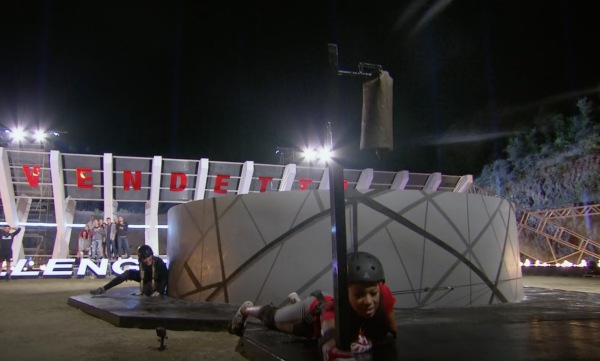 In The Ring, the Troika sends in Nelson and Britni to compete. However, we have a second batch of Mercenaries consisting of Frank, Darrell, Ashley M., and Laurel. The game is called Yanking My Chain and it’s reverse tug-of-war around a large cylinder and ring a bell. The first two matches are Brad vs. Frank and Ashley M. vs. Kam. Both Mercenaries lose to their Vendettas opponents, and Brad and Kam both earn grenades and the chance to stay in the game.
4. Long and ‘Tie’red 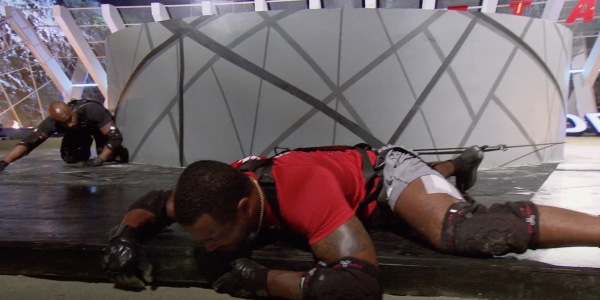 The third match is Darrell vs. Nelson, and they quickly get to a standstill. After twenty minutes, TJ resets them, but they get to a second standstill. They are stuck in action for about 40 minutes, and aren’t making progress. TJ then blows the horn and says this match is a draw. This means Nelson stays, no one wins a grenade, and rules are made on the fly.
5. No Mercy Mercenaries

The final match is Britni vs. Laurel. Which Britini appears to be slightly ahead at first, Laurel inches past her and rings her bell, making her the only Mercenary winner. Britni is going home, but there’s more awkward moments beyond Brad and Britni getting separated. Laurel then runs over to Nicole Z., her ex girlfriend, to wish her good luck. Nicole is not happy to see Laurel, and it’s clear they had a sloppy break up. Still, they exchange mostly positive words and then Laurel leaves with Britni.

Nelson and his mom!! This is where he gets his smile from :)
Ashley learning she’ll get power in the game.
Team Young Bucket Hats
Amber’s strategy 😂 🍑
Tbt. Derrick showing up for his first day of work… first mission he ever competed in!
Poor Hughie. His bum wasn’t built for this.