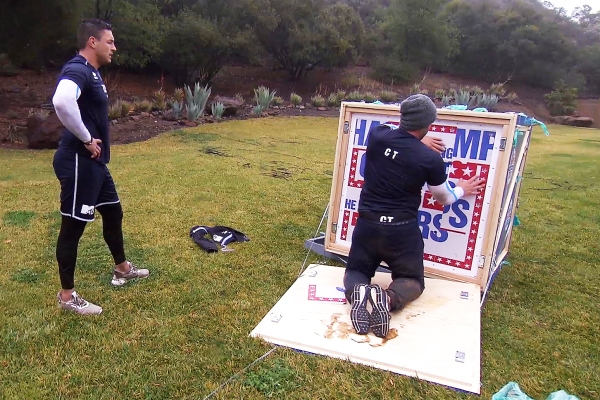 Whether or not Tony is a true Champion is open for debate. In the MTV universe, I am going to be he receives recognition as a champ. There are so few people who have earned this title and are still willing to compete that I think Tony’s victory is enough for him to hold the title in MTV’s eyes. Plus, it’s clear that Tony is one of the new stars of the series. MTV is going to give him the title.

Some people see a line between a win on The Challenge and the Spinoff series. While I can understand this to some degree, The Challenge is a series designed to have competitors compete in a variety of formats. More than anything, the Champs vs. Pros/Stars series is just a tactic to get MTV to spend more time airing The Challenge. After all, the first “real” season of the series is Road Rules: All Stars where there were zero losers.

What do you think? Is Champ vs. Stars worthy of being an official Challenge win?