On Sunday, MTV took a gamble and put their Instragram account in the hands of old school Challenger and new school Twitter troll Shane. The risk paid off, as he did long time Challenge and Road Rules fans a favor. He got a bunch of his friends from the early 2000’s to come on Instagram and give us updates. Here’s a snapshot of what everyone had to say:

Shane showed up, announcing his take over. He claims everyone asks hims the same thing: how are the old schoolers doing? Well, he got them to answer that questions.

Tina is living the dream in Dallas, Texas. She says it will take some convincing to get her out of retirement, but she reads everything online and misses the fans. 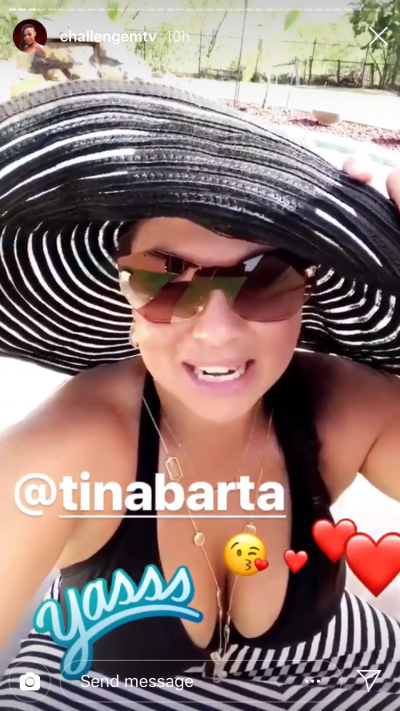 “Triple OG” Darrell showed up. We’ve seen him recently, but he claims the real reckoning we need to see is him vs. Wes. He wants it to happen, and wants it to be physical.

Mark Long thanks the fans for keeping the show successful. He proposed the theme OGs vs. “new school trash” for an upcoming season. He also tried to comment on some of the newschoolers like Nelson and Jozea, calling them lightweights, but didn’t even know people like Paulie or Chuck.

Eric Jones, from Road Rules 11 and Battle of the Sexes wished luck to the Final Reckoning cast, especially Shane. He then gave us a peak at his wife and son.

Katie thanks the fans for watching and brought her husband and daughter Avery along. She still watches even though she’s not on any more!

Wes then popped up, responding to some messages from Tina and Darrell. He’s bummed that Croatia lost the World Cup and compares France’s victory to Bananas winning The Challenge. He then comments on Tina’s “knockers,” asking what Challenge she won to afford them. Then, he responded to Darrell being a digital bully to him and that he’s past his prime.

Kendal recorded a message on her T-Mobile Sidekick 2, so there’s no audio… then she got audio and thanks the fans for welcoming her back into The Challenge community (she’s super fun and active on Twitter) and introduced her kids.

Abe thanked the fans for watching for the past 15 years and looks forward to the next 15! He also has no idea what a “takeover” is. 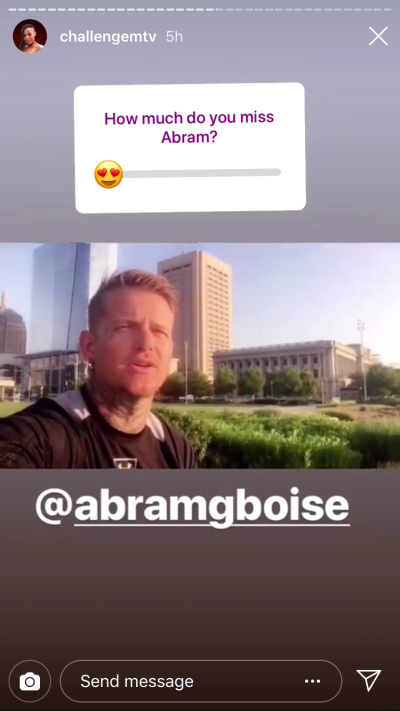 Rachel came on to say the old school is better than the new school, and to show the fans life in Miami is treating her well. She then showed off her wife and twins! 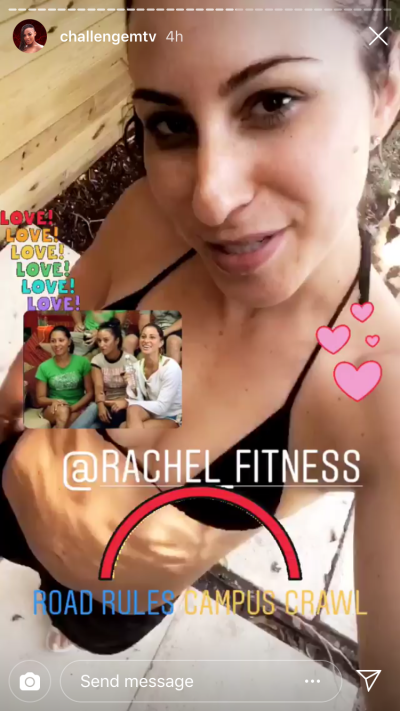 Jon Brennan came on to give a shout out and say it’s been 25 years since his original season. He then asked to be put back on and asked whether he could survive The Challenge today.

Syrus showed up, smoking something, and said the OGs don’t play when it comes to money. He challenged the new school to a throwdown

Sarah Greyson came on to say hi and she still calls herself “The Gauntlet Queen.” Let’s be honest, she’ll always be the queen of the Gauntlet.

Abe came back to thank the fans for watching, but reminds us not to act like the people we see on TV because they’re “fucking idiots.” And if I’ve learned anything about Abe from watching him over the past 15 years, he includes himself in that group. 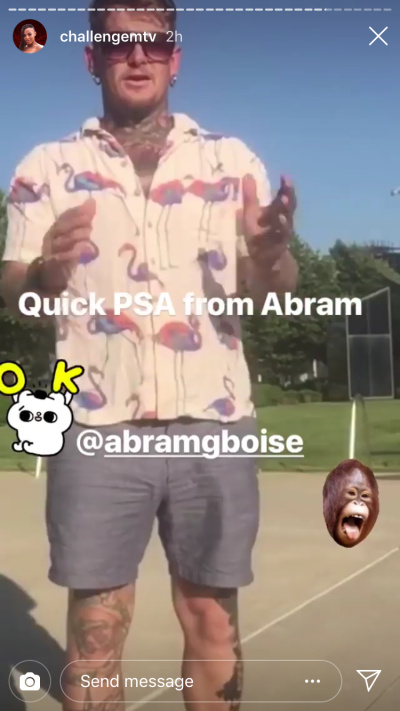 Derrick showed up to say hi and shamelessly promote his Challenge Mania podcast. But seriously, there’s a lot of good dirt on that show. Check it out.

Tori showed up and says she’s been away for eight years raising her and Brad’s little humans. She thinks it’s time for some OGs to come out of retirement. She also apologizes for being a hot mess, but the night before she was out with Kendal! Susie gave a shout out, well actually she whispered the entire time for some reason. She says the OGs have brains and brawn, and she’s been lifting weights. By that she means glasses of wine.

Coral popped up to thank the fans for watching and for keeping up with the OGs after all these years. She also warned the new schooler who want to take on the OGs… DON’T.

Love her or hate her, Jenn used to be a huge presence on The Challenge. Where do you think she ranks amongst the best girls? Check out my blog (link in bio) to see how I rank her.
Happy Valentine’s Day. If you need more romance in your life, he’s a clip from Challenge Cupid!
Zach and Jenna. One year from today they’ll tie the know 💗 😍
Tbt! Name this season. Courtesy of @jodij10
Remember Kina from The Gauntlet 2/ The Duel/ Road Rules? I bet she was a lot of people’s #wcw back in the day.
This is where Aneesa got her start in 2001. Anyone a fan of the Chicago season of The Real World?