Wow! An action-packed episode. How unexpected! 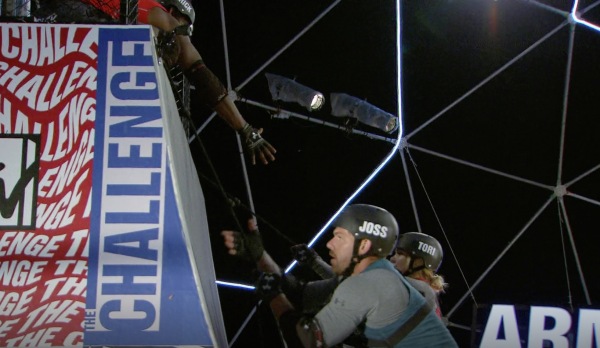 We open and head straight to The Armageddon. Due to all the burn votes, Tori & Derrick end up being voted in by Brad & Kyle, Faith & Angela, and Joss & Sylvia, They choose to compete against Joss & Sylvia in a game called Ramp it Up. Similar to T-Bone from Rivals, teams must climb ramps to obtain balls and climb a ramp on the opposite side to deposit these balls. There are seven in total, and Joss & Sylvia immediately take the lead. Joss does a much better job of assisting his partner than Derrick, and his team wins. Now Derrick & Tori are off to redemption.

We quickly move to the challenge and it’s named Dig Deep. The cast is divided into two teams, and they will be placed in bunkers. They must complete three block puzzles, and once completed they will dig their ways out of the bunker. The first team to cross the finish line is the winning team. The first pair of Vendettas from the winning team will become the power team. Surprisingly, the green team can complete their puzzle once Brad stops giving directions. Kam & Kayleigh are the first team to cross the finish line, and they become the power team. But Kam might become sick with power. 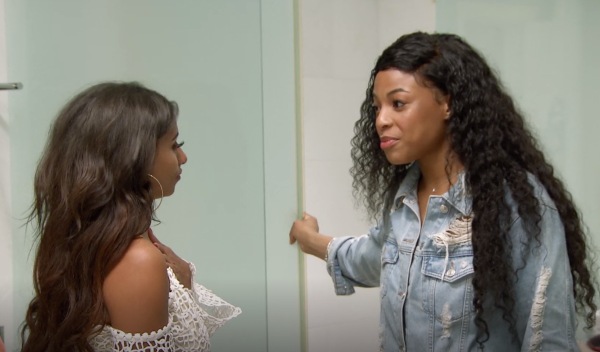 Kam has a master plan, and she wants to use her power vote to gain allies. So, she announced her targets: Brad & Kyle and Joss & Sylvia. Sylvia cries, but it’s all an act. Sylvia knows the plan, and the goal is to “target” two random teams so everyone burns their votes rather than vote for the targeted teams. Somehow, this works. Teams agree to burn their votes on each other which ultimately gives Kam & Kayleigh the final say in who goes into elimination.

In Kam’s master plan, Angela & Faith burn their votes on Jozea & Da’Vonne, and vice versa. At The Armageddon, Kam throws her power vote at Angela & Faith. This is a surprise to the rookies, who feel duped. Because the votes have become burn-central, only Kam & Kayleigh and Jozea & Da’Vonne vote for the girls and only the latter team is eligible to compete against Faith & Angela. This should mean the rookies are doomed, but TJ has a twist to announce.

Surprise! Mercenaries show up, but this time they’re not competing to take out a team. If they win, they’re in the game. Our Mercenary team is Hunter & Ashley M., exes who met on Invasion. Faith & Angela are scared because this is a big upgrade from Jozea & Da’Vonne, but they will need to defeat the Mercenaries if they want to say in the game.