Right where we left off last week…

Faith & Angela must now face the wrath of the Mercenaries. The elimination is named No Slack and teammates are tied together with a rope and must smash through a series of walls to meet their partner. At first, Faith has great momentum and is beating her opponents. Of course, Hunter does well but Angela and Ashley start by struggling. Soon, Angela moves faster and the girls are actually winning. However, Faith start to feel pain in her thumb and slows down. This gives Ashley the opportunity to catch up, even using her head to smash through the walls. Ashley & Hunter win the elimination and have earned a spot in the house. Now, Faith & Angela are back in the house.

As soon as Ashley moves in, she catches the eye of Kyle. They quickly start flirting and sleep together the first night. Of course, Ashley has moved into Faith’s old bed and Kyle continues visiting the same bed he has visited in the past. Ashley denies this hook up when Hunter asks, but she’s merely trying to control the damage. Meanwhile, TJ shows up at the Redemption house and shows everyone the footage of Kyle and Ashley. Faith is upset, but doesn’t receive a lot of sympathy. People know he’s a player and Faith shouldn’t have expected him to change. 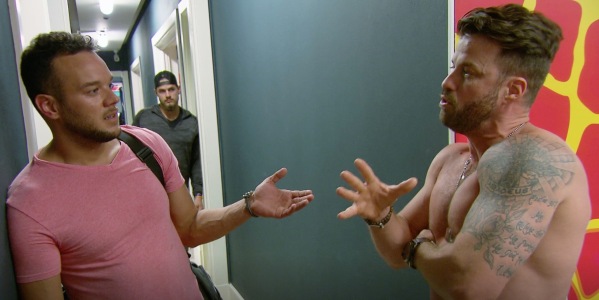 The cast is treated to a wine tasting trip, and the cast drinks plenty of wine. Perhaps it’s the alcohol or the influence of the newly reunited Lavendar Ladies, but Shane is airing all of his grievances. It starts with Cara Maria, who he calls unapproachable and obsessed with Bananas. While Cara Maria doesn’t need to befriend everyone, she does complain about the confrontation to Bananas himself. Shane then confronts Bananas, who he believes is scared. Shane believes Bananas has few allies this season while he has all the support of the Lavendar Ladies. Bananas thinks Shane is just searching for drama, and while the two are arguing, it seems neither are wrong.

The challenge is named Don’t Push Me Around and is a game of rugby where there is a wall separating the field. Teams must push through a turnstile in the wall to reach the end zone and score a point. First team with two points wins, selects an MVP team to get the Power Vote, and the teams are divided in half plush Kam & Kayleigh get to pick their team. Shane & Nelson are on a team with Bananas & Tony, Jozea & Da’Vonne, and Joss & Sylvia. Knowing Bananas and Jozea are against him, he doesn’t want either team to win MVP. So Shane shamelessly throws the Challenge. The other team wins and Zach & Amanda are selected as MVPs. Needless to say, his teammates are pissed. 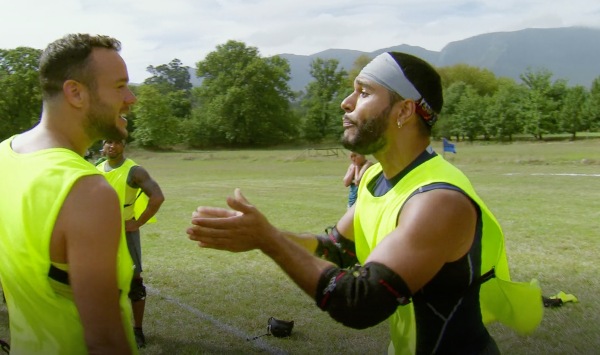 Jozea is fuming and calls out Shane. Of course, Shane knows that Jozea is not his ally and he intentionally threw the challenge so Jozea coudn’t win. So, they get into a war or words. They throw all types of insults at each other and Shane calls himself a queen for throwing The Challenge. No one denies the fact that Shane’s team winning wouldn’t benefit Shane’s game, but he now has a humongous target on his back and Nelson is not happy about this.