We’re 16 episodes into the season. Seven teams in the house, two in Redemption, and only one challenge this episode. See you at episode 30. 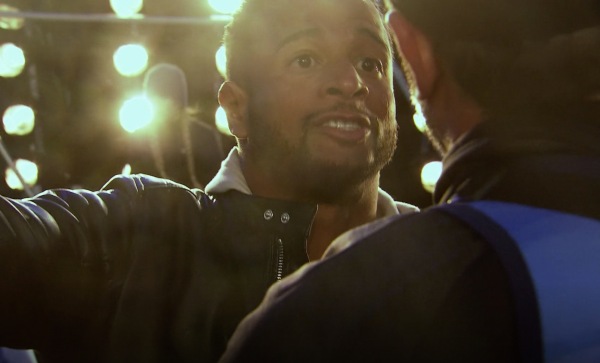 After Redemption is over, Nelson and Brad get into an argument. This mostly stems from the argument where Kyle branded Kayleigh as TYB’s groupie. The argument mostly consists of Nelson calling Brad old news and Brad saying he’ll kick Nelson’s ass the next time he can. Then, Nelson moons Brad and tells him that he can slap his ass now if he wants.

The cast goes out for an Italian dinner, and seem to be getting along at the restaurant. On the ride home, Tony jokingly throws Cory’s leftover pasta out of the van’s window. Cory views this as a sign of disrespect and gets angry. Once back at the house, a heat Cory is being calmed by Hunter and Devin. Tony comes over and joking tells Cory they’ll go back and find his pasta, but Cory isn’t having it. He body slams Tony to the ground. Security quickly intervenes and both Cory and Tony are sent to a hotel.

3. No Sympathy from the Wicked

After the fall out of Tony’s body slam, TYB won’t let Bananas get any rest. When he’s complaining about the situation to Cara Maria in their room, Nelson confronts him. Devin gets involved and gets in Bananas’s face, then chases him around the house while berating. Bananas is getting increasingly frustrated and eventually tells Devin he shouldn’t even be on this Challenge. He should be at home mourning the loss of his father. Security then breaks the two up, but Devin vows he won’t let Bananas get any rest in the house. 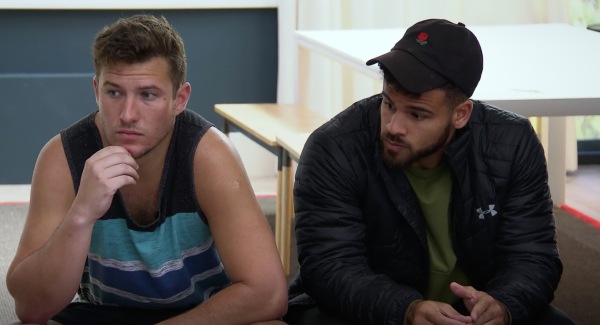 The next morning, Devin is intending on continuing his argument with Bananas. This ends quickly when Tony and Cory come back home, then TJ shows up. This is never good news, and as expected, he’s sending Cory and Devin home. This means TYB is down a member and Banana’s alliance just grew stronger. It also means Cory & Devin flew to South Africa for nothing and Zach, Amanda, Jozea, and Da’Vonne got sent to Redemption for nothing.

It’s trivia week! The Challenge is called Hit List and it places teams on a platform high above water. If they answer a trivia question wrong, they get a strike. If they answer correctly, they get to assign a strike to another team. Once a team gets three strikes, a pole swings down and knocked them off their platform. The trivia questions are easy, mostly about seasons in the current trilogy or shady questions about cast members. It also quickly becomes clear that there are two alliances and Paulie & Natalie are working with Bananas. This could have been Shane and Nelson’s first win, but because Nelson forgot the name of the Presidio on Dirty Thirty, they struck out and Paulie & Natalie won.

BONUS: One of the best moments this episode was after Redemption, Kam mentions she was OK with losing to Cara Maria because she is the elimination queen. Then, she laughs in Kyle’s face because he lost to Natalie. 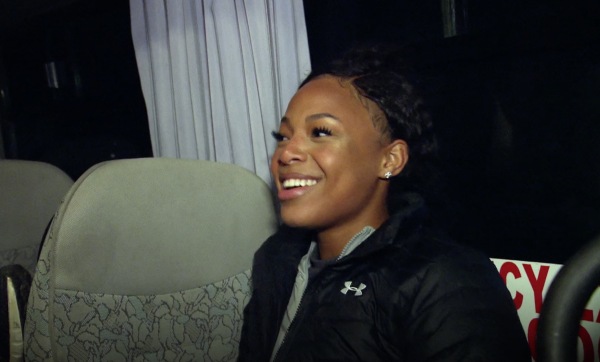 These six people go out for dinner. Who do you think is paying?
tbt to Challenge 2000
Would you like Danny J. to return?
Name a more iconic competitor!
Tbt to the original Battle of the Exes.
Transformation Tuesday. This is Kyle. Doesn’t even look like him to me. But this was his look when he debuted on Geordie Shore.