Now that the pairing are official, it’s time to rank all sixteen teams. Some teams appear to be stacked while others will have to rely on non-conventional ways to win. I am going to rank teams based on: the Impending Dune challenge, first impression videos, the Basic Training special, and of course prior Challenge seasons.

Keep in mind, these are just my rankings. I could be completely off. If you disagree, feel free to state your opinion! 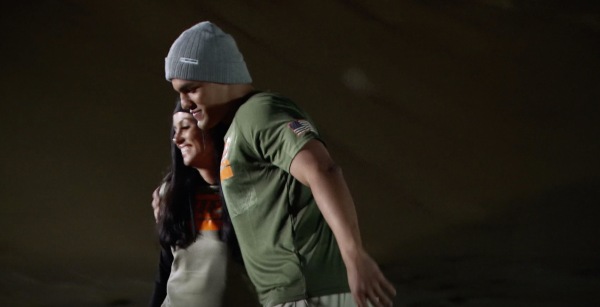 Both are loud, neither stack up as the most popular, and they’ve both lost Purges in the first episode (Amanda on Dirty Thirty). This is the underdog team of the season, and they’ll have a lot of obstacles in their way if they want to win.

Gus barely survived the initial Purge. For someone he states he’s scrappy and a survivor, I don’t see much from him so far. There are bigger guys, and Jenna is coming in after her disappointing Final Reckoning appearance. Fortunately, Jenna has been known to slide to the end of Challenges, so she might be able to lay low and fly under the radar.

Shaleen was one of the quieter newbies so far, she game in seventh in the Purge and came in last on Bachelor Canada (admittedly, a show that has minimal competitive aspects). Leroy, as much as I want to root for him, is on his tenth season and hasn’t won.

I have to admit, I was surprised Zach was picked last during team selections. Zahida doesn’t seem like a rookie who has a lot of competitive strengths. Her biggest strength is likely her UK alliance. Even if this alliance exists, we all know Zach is uncompromising with his allies. This team could survive about half way, but something will test their relationship and result in a serious struggle.

Potential weakness: Working as a team

Julia lost her twin Liz in the Purge, but her performance was probably slightly above average. Still, her biggest support system is gone and she’s working with CT. It’s no secret he’s slowed down over the past couple of seasons. He’s still a powerhouse, but long runs are more taxing on his. This team is not devoid of strengths. CT can be a tank, and Julia has her Big Brother alliance to lean on.

Coming hot off of her million dollar win, Ashley is an easy scape goat with a big ego. Meanwhile, Chase looks physically fit but doesn’t seem to have a lot of friends coming into the show. He alway caused a riff with Nany, and the veterans mostly think he’s dull. If there’s one thing I’ve learned, don’t underestimate Ashley. She works her best when her back is against the wall.

As a newbie, I think Mattie has a lot of potential. She seems to have size on her side and has a competitive edge to her. With the right partner, she’s be a huge threat. Instead, she picked Kyle. He came in last in Impending Dune and has a sworn enemy with Paulie. He didn’t prove much on Final Reckoning, so Mattie may have to be doing all the hard work.

To be completely honest, this is the team I’m most neutral on. JP is apparently smart and physically fit, but he hasn’t done anything stellar yet (granted, he’s had very few opportunities). Then there’s Natalie. She did well at the end of Final Reckoning, but awful at the beginning. She did well on Vendettas, but has flopped during eliminations.

Of all of the newbies, I know the least about Georgia. She did well on the first challenge, and she seems to be OK with the UK kids. Hunter is also physically strong, though seriously puzzle-challenged. Coming off of a win, he might be a target… or the recipient of sympathy. Either way, his “vendetta” this season is Bananas. 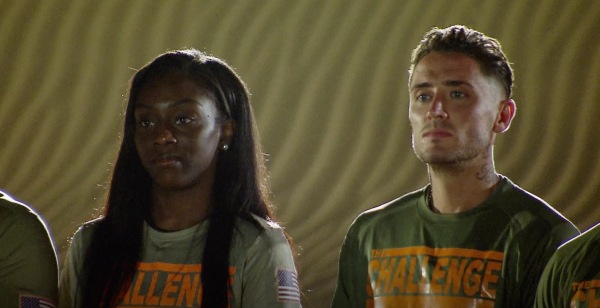 Let’s be honest, Da’Vonne exceeded all of our expectations during Impending Dune. Bear also did well, coming in second. I think Da’Vonne always overstrategizes in games, and Bear seems eager to shag the whole cast. I think this could cost them the game, but they also have the most potential to exceed my expectations.

Bananas is allegedly cursed, but they’re no denying his Challenge experience. So it’s not surprising Morgan was flattered when he wanted to be her partner. Coming in second on Impending Dune, she made a good impression. Now we’ll see how they do together: they’ll have teammate chemistry, romantic chemistry, or they’ll fizzle out.

Turbo is a huge success… in Turkey. Nany has yet to win a Challenge, but come close. Together, they might find success in Namibia. Nany seems to have a lot of friends in the house, while Turbo seems to be under the radar. He’s not with the UK kids, has a language barrier, and just wants to compete. After all, this is a Challenge. The drive for competition is a good thing.

Coming back after a hiatus, Wes seems eager to prove he can still compete. Dee, on the other hand, seems to lie in a similar spot to Turbo. She’s neither from the UK nor US, though she did appear on Geordie Shore (a UK show, but her only season was filmed in Australia). This may leave her to focus on the game, while Wes makes the moves. While Wes is an established Challenger, his feud with Bananas always leads to one of their demises.

Cara Maria has been in the past three finals, winning Vendettas. Theo is a track and field runner, so he’s clearly athletic. Together, they’re a prime physical team. In episode one, Theo made an enemy with Ashley and Cara Maria coupled up with Paulie, leaving Kyle to look on in jealousy. There’s also the fact that Cara Maria came in last in Impending Dune due to her struggle with puzzles.

Paulie did great on the first Challenge, and comes into the game with a close relationship with Cara Maria. The real potential for this team comes from Ninja, who is an American Ninja Warrior. She’s in prime physical shape and came in first in the Purge. Paulie lucked out, but he also has a target on his back. He’s not exactly Mr. popular, but his relationship with Kyle guarantees he has a foe in the house. 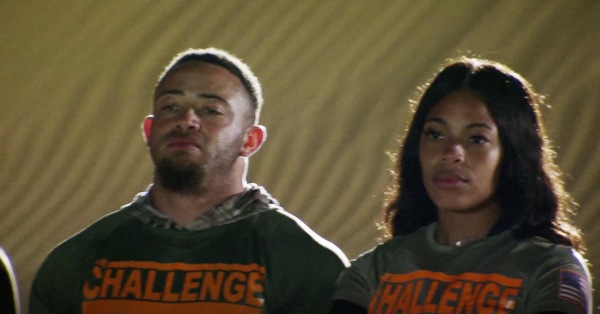 Physically, Ashley C. is a specimen. He’s huge and a former soccer player. His first-place finish on Impending Dune shows some potential with puzzles, but we know Kam is good in that area. Kam has been a rookie with huge potential on Vendettas and Final Reckoning. She’s strong, strategic, and confident. Together, these two have massive potential. If they play their cards right, they could survive the game by letting other teams fight each other while they lay low.