Starting on week one, it seemed like Georgia was impressing viewers with her performance. As a member of the UK alliance, she also had some security in the game and has some leverage in terms of the vote. Partnered with Hunter, she also had the ability to win some challenge and earn a position in the Tribunal. This week, we saw Bear drive a wedge between the two and cause a division between a once harmonious team. 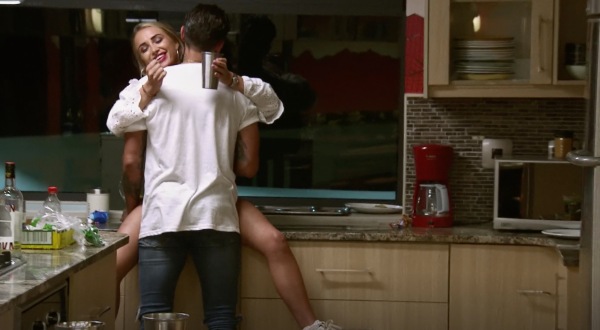 Let’s make one thing clear: Bear is a lot to handle. Georgia is romantically involved with him which makes her a bigger target. Even if there were no romantic feelings, she’d be involved with him game-wise. Perhaps this is a double-edged sword for Hunter. On one side, he has to deal with Bear’s irrational behavior. On the other side, he’s ensured some security with the UK kids. Logically, it would make sense to play nice with bear but that really isn’t Hunter’s style.

Hunter isn’t able to take a fully hands-off approach when dealing with Georgia’s relationship. This week, we saw him throw some insults toward Georgia and only give her a half-ass apology. While I can understand that Hunter’s position in the game may be easier without Bear, it’s also not smart to cause riffs in the UK alliance. There are so many numbers, they will need to start pointing fingers at one another. Hunter could lower Georgia to the bottom of this totem pole, and get them thrown into another elimination.

Hunter dealt with Ashley last season. She’s undeniably strong-minded, and could be challenging to work with. However, Team Young Buck and The Lavender Ladies tend to work well together. Usually their gameplay moves were intertwined and their disagreements stemmed from out-of-game drama. With Georgia, game drama is closely mixed with personal drama.

Ultimately, I think this may be the downfall for this team. Hunter is prone to saying some pretty harsh things, and those can leave lasting scars. He made a half-million dollar mistake last season, and I could see it happening again.

Devin is back to host the Aftermath!
Some great names on the All Stars 2 roster. Check out my blog for the full list. Link in bio 👍
Veteran males!
Veteran females!
Rookie males!
Rookie females!