The Challenge tends to bring out the fighter in people. Sometimes people forgo their personal comfort for chance at Challenge glory. Injured or not, these Challengers would stop at nothing to secure their Challenge win. Here are Challengers who sustained an injury, but decided to fight anyway… to mixed results.

This list does not include people who got injured during elimination. It focuses on people who opted to continue despite being injured.

The queen of the Gauntlet endured a lot during her time on her only season, but her boiling point came when she was sent into her fifth Gauntlet after the Vertical Sweep challenge. The game required competitors to glide down a cliff and collect flags, and Sarah hit her back multiple times on the way down. She warned her team that her back pain may result in her elimination, but they sent her into The Gauntlet anyway. She fought Irulan in a 45 minute game of Dead Man’s Drop, and managed to pull out a win. We all know how this story goes. She then made it to the final and took home a Challenge win. 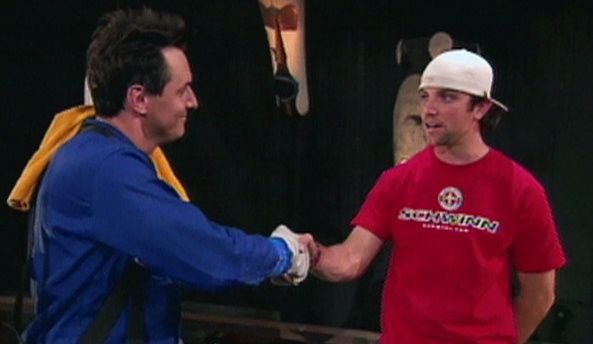 As the team-appointed captain on The Inferno 3, the Good Guys were sad to see Timmy struggle and pull a muscle during the Dog Day Afternoon challenge. Perhaps he knew he could no longer contribute to the team, or maybe he knew his time on The Challenge was coming to an end, but Timmy volunteered to go into elimination when Ace got the Lifeshield. It even seemed like he beat Abe in the Smash House elimination, but a DQ due to an unbroken pane of glass sent Timmy packing. Sadly, Timmy retired from the show after this incident, but there was no ill-will from this Good Guy who left a glowing legacy in the game.

It has to really suck to get injured in your first challenge on your first season of The Challenge, but that’s what happened to Nick during the Last Man Standing challenge when he fell, broke his fall with his hand, and believed he broke his thumb. He then faced Ryan in The Elevator, a grippy Duel game, and was the first male sent home. 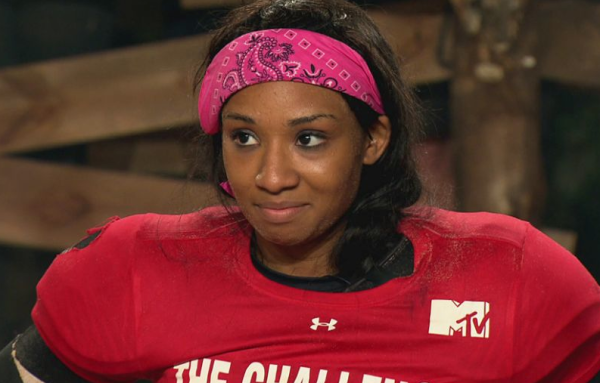 Having to climb 42 flights of stairs seems exhausting, but LaToya had a harder time than most. She passed out after completing the climb and had to have the medics called. This make her a prime target for the first elimination and got voted in, but she didn’t pass out under the stress of Balls In. She defeated veteran Jemmye and stayed in the game. 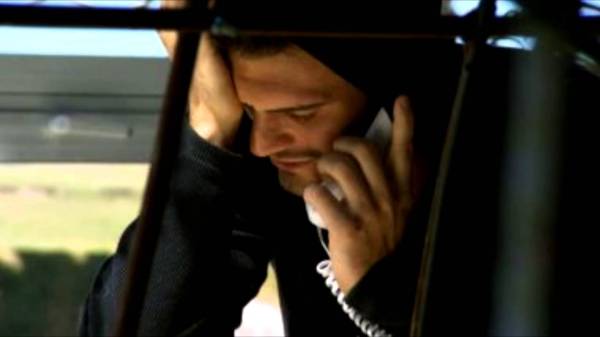 The Kill Card forced Frank to compete in the first and second eliminations on Free Agents. While Chet sustained an injury during the first and had to leave, a pneumonia plagued him before the second. He competed in Wrecking Wall against Dustin and won, but production determined he was contagious and couldn’t compete any further. He was sent home prior to the third challenge. 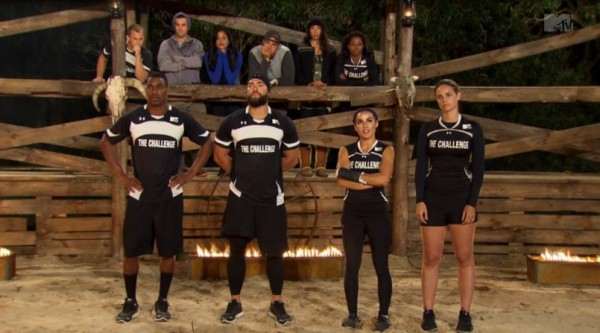 Remember that time Jessica was a threat on The Challenge? Cara Maria eventually eliminated her in Balls In, but sustained an injury in the battle. A potentially broken hand didn’t stop Cara Maria from competing, but as fate would have it, Cara found herself in the next elimination. It was Wrecking Wall against Laurel and as much as the viewers wanted a battle, Wrecking Wall and broken hands don’t mix, so Cara’s hand led to her demise.

Being on the third place team during the Ups and Downs challenge meant your wouldn’t be drawing in the Double Cross, though still eligible for the winners to nominate you into elimination. Aneesa jumped for joy and rolled her ankle in the process when her team earned third. The winners then sent Aneesa into elimination and the Double Cross resulted in Kailah facing her in Deadweight. With an alleged injured ankle and an elimination where weights were cuffed to the ankle, Aneesa lost to Kailah and was sent to Redemption.

Not technically an elimination, but Hunter went into The Purge with a hurt hand after beating Leroy in a brutal elimination. In stage one of The Purge Hunter struggled to roll a cubic crate with his hand in a cast. The second stage required him to swing in a harness down a beam, a motion he could not achieve with his hand casted. Ultimately, this cost Hunter the game after a rough battle all season. After the show Hunter would find out he broke a bone in his wrist and required surgery.

Falling sick early into the season, Sylvia would be voted into elimination by Joss and Brad. Despite the fact that Sylvia was the only one to compete in that day’s challenge, she found herself sick, in a physical elimination, and facing everyone of Melissa’s dirty tricks. Oil and Water was a messy and brutal elimination where Sylvia pulled through and got the victory. Then, much like Frank, TJ should declare she was too sick to continue in the game and she was sent home prior to the next challenge.

Kyle Christie (War of the Worlds)

After sustaining a hurt knee and potentially broken toe in the Day of Wreckoning challenge, Kyle was in rough shape. Then, he was going to compete against Theo in Hall Brawl, an elimination requiring speed and physical strength. Kyle certainly held his own here but he lost to Theo. Perhaps Kyle’s injuries held him back but it also seems Kyle could have just been outsmart and outrun by Theo.

3 thoughts on “Ten Challengers Who Fought Through Injuries ”