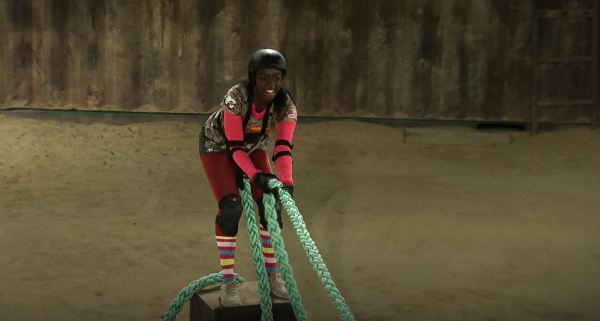 Dee and Da’Vonne face off in Tug O’ War and the game is similar to a traditional tug of war. Both girls stand on a platform and will be pull on a rope. The rope is clipped to the opponent and there is a lot of extra rope. In order to actually pull their opponent off the platform, the girls must pull through all of the extra rope. Dee starts off much faster, but Da’Vonne strategically paces herself. Neither girl anticipated the weight of the rope, and Dee burns out while Da’Vonne can maintain her slower pace. In the end, this is a smart move. Da’Vonne pulls Dee off her platform and survives another elimination. 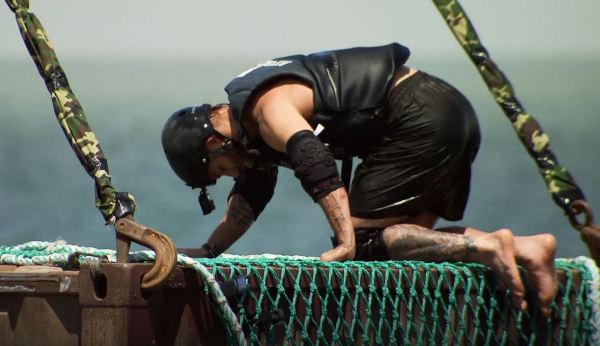 It’s Judgement Day, and the final challenge before the final is a Purge. The game involves heights, swimming, and climbing, which is everyone’s nightmare (except Ninja). Players must first jump into the water and climb a net to the first platform. From there they take a rope and swing to the second platform which is tilted. From there, they climb the platform and retrieve a ring. Then, they jump into the water and climb another net and deposit the ring atop the original platform, stopping their time. Paulie goes first and is immediately facing struggles. He fails to land on the second platform after his first swing, but eventually makes it to the ring. By this point he’s cold and exhausted. He tries to climb the second net but his body gives out and he falls. Time is running out, and despite his will to finish, he never deposits the ring. 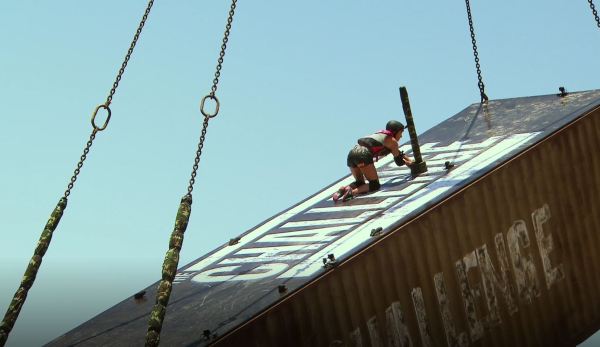 All of the guys complete the Judgement Day course, as all they need to do is finish in order to beat Paulie. Meanwhile, the game is more cutthroat for the girls. Ninja completes the course, though she misses the second platform on her first swing. Surprisingly, Georgia completes the course with relative ease. Da’Vonne and Mattie are not as efficient. Neither girl can even get to the second platform, nor can the climb back onto the first platform to swing again. For them, this comes down to time. 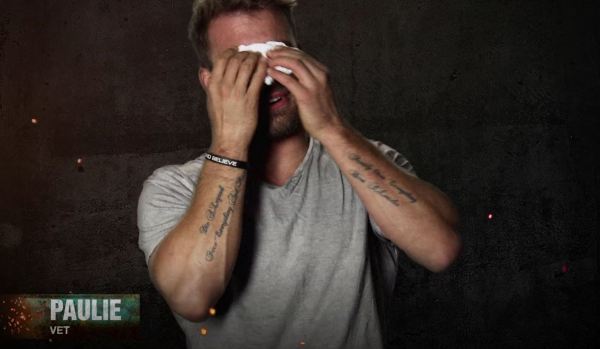 Seeing as this is a Purge, and Paulie is the only guy not to finish, he is sent home. For the girls, Mattie manages take less time than Da’Vonne in reaching the first platform. This means she gets to stay while Da’Vonne is going home. Now we’re down to eight remaining competitors… none of whom are from Big Brother. 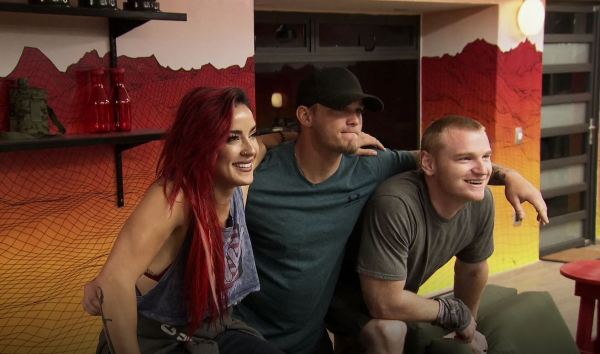 Eight people remain, which seems big for the final. People like Wes seem to think there will be another elimination before the final, and everyone seems to be running through scenarios in their minds. Then, TJ sends a text confirming everyone is a finalist. Everyone rejoices, but they seem to forget there is only one winner. That makes your odds of winning a final one in eight. Of the eight finalists, five of them are rookies. However, the three remaining veterans have amassed a total of five victories among them.