We know Anthony is Marie’s ex, but it’s only a matter of time before Marie pops out of the water.

Here’s the thing, Marie is apparently Devin’s ex. Of course, MTV has no footage supporting this. In their intro scene, the only footage they had was Marie standing next to Devin while watching an elimination on Vendettas. They’re playing up the angle that Marie had a crush on Devin. I’ll buy that, but does that make the two exes? No. Not at all.

However, Marie has insisted on Twitter that there is more to the story. I hope this is the case, and I hope we see more unfold during the airing of the show. Perhaps the two hooked up after The Challenge or while doing promo for a show. After all, they’ve appears on reunions together and I know all of the Dirty Thirty cast did promo together for a while. Or, even better, this could result in some unaired Challenge footage seeing the light of day.

Worst cast scenario: it’s a staged relationship for the show. Even if that is the case, we get to see Devin and Marie back on the show. I’m not mad about that, especially because it could turn into something real. 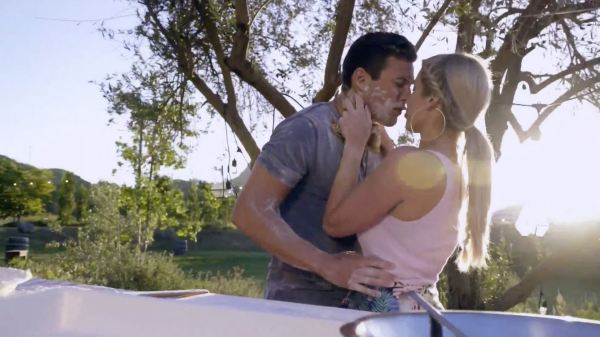 One thought on “Marie & Devin are Exes? Three Challenge Alumni Appear on Ex on the Beach 3”