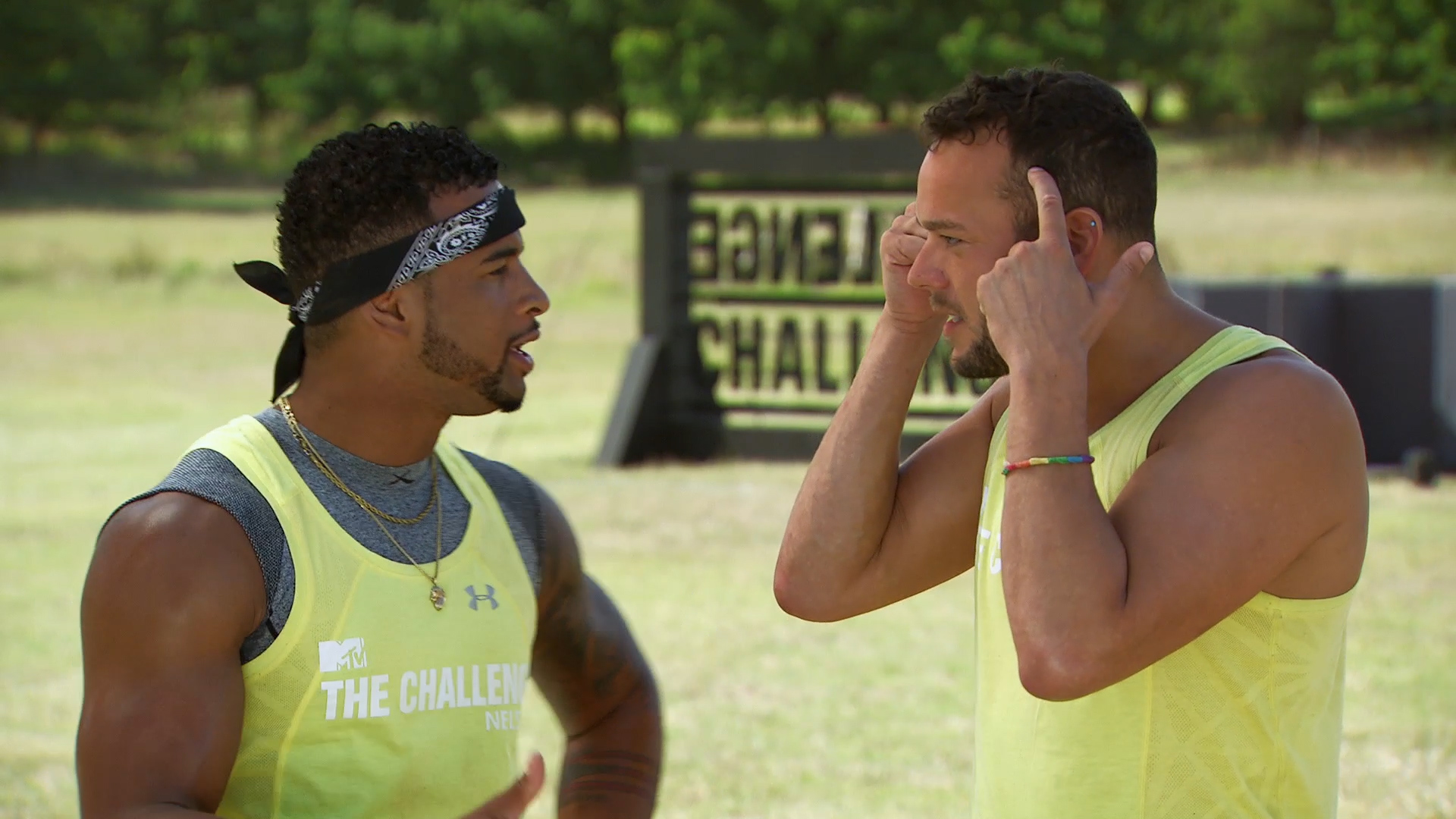 Here we go. Another rumor article. Keep in mind, nothing here is confirmed, so everything is just a rumor. But, most of these have been discussed over time and many of them fit in plot lines of aired footage.

Throughout the Challenge, a lot gets left on the cutting room floor. Sometimes this includes fights and arguments that focus around game strategy or hook ups. Here are some of the fights we never saw, at least not in full.

If you like Challenge rumors, I have a whole thread dedicated to challenge/ elimination secrets, so check that out!

On The Gauntlet, Alton and Irulan were allegedly pieces of work. They’d get mad at production and were obnoxious during elimination. They even had these plastic clappers they’d use to distract Road Rules players in Gauntlets. After Irulan went home, we saw Road Rules cheer, but Alton was really angry after this. When the cast got back to the house he argued with multiple people and was apparently ready to fight Theo. This resulted in him getting locked in the basement until he cooled down.

We all know CT left The Inferno 3 early for punching Davis, but was was really Kenny that had CT riled up. Apparently, Kenny and CT wrestled frequently and Kenny was the one who was dominating CT. Keep in mind, Kenny wrestled while in school and CT was drunk, but this pissed CT off and he choked Kenny from behind (which we see). The Davis punch was done out of frustration and straw the broke the camel’s back, but Kenny was really CT’s nemesis here.

On The Gauntlet 3, Tyrie left early into the season. Prior to his departure he got into a fight with Kenny (who was backed by his friend Evan and ally CT). This was likely due to Tyrie’s frustrations losing, his dislike for Kenny, and the fact that alliances were dictating the track of the show. Very few of the challenges were actually competitions, mostly just ploys to get rid of some of the girls. A clip from this fight was shown during a season trailer, but never made the cut on the final show.

On The Duel 2, CT came onto the show looking for a fight. Production tries to edit this season to make it look like CT fought Adam due to some elaborate story with Diem and Shauvon, but CT was angry from the moment he landed in New Zealand. When Isaac told a joke, CT apparently got really offended and shoved him, trying to him to throw a punch. He didn’t, but was given the chance to send CT home. He didn’t but the Adam fight could have been avoided if Isaac sent CT packing. 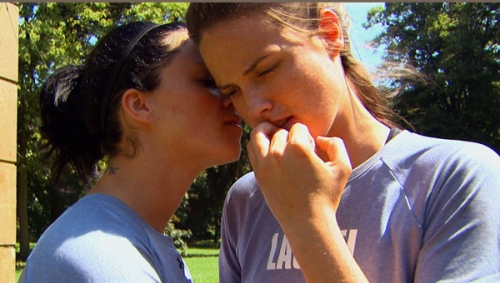 We all saw Laurel give Eric a verbal lashing on Cutthroat, but this wasn’t their first scuffle. Apparently the two had fought before but Eric was the one who insulted Laurel, particularly making fun of her acne. While Laurel may still seem like the more intense person, Eric isn’t an entirely innocent party.

This is a rumor, and one I remain unsure on. Apparently CT and Diem got into a fight early into the Battle of the Exes season that was never shown. This is why the two seem to be cordial on episode one but so distant on later episodes, though they did work out their issues in the second half of the season. The argument was highly personal and Diem even considered leaving. Girls comforted her and basically took her side. Unsure what the argument was about, but it’s believed to be discussing their relationship, how things ended, and CT may have been in a relationship at the time (not that he was dating Diem, this was Exes after all).

On Dirty Thirty, Jemmye almost quit after a prank gone wrong. A couple of boys (Bananas was involved… surprising… Jordan and CT too allegedly) threw a ball covered in ketchup at her. Of course, Jemmye freaked out and was angry this was allowed. She almost walked from the show, but once she calmed down she returned to competition.

Melissa’s distaste for Kailah seemed kind of out-of-the-blue when it surfaced on the Vendettas reunions. Well, the two girls allegedly got into a fight on Vendettas when Melissa put Kailah on a two person team during the eating challenge making it harder for Kailah to win. The fight then escalate to almost physical (shoving may have been involved) and cast members had to break it up. So, when the two had hostility during Final Reckoning, it was a long time coming.

The Shane & Nelson pairing on Vendettas was kind of random. Yes, they fought on Invasion during the end, the Nelson’s anger was more closely directed toward Cory. Plus, we all know the Lavender Ladies are close friends with Team Young Buck. However, Shane and Nelson got into a fight on Vendettas that was shown in the trailer. The details of the fight are fuzzy, but we all know Shane can stir the pot and Nelson can have a hot head. The fight happened after a night out, and Jemmye was there to calm Nelson down (also shown in the trailer). Ultimately, this would have been a good explanation of the Shane/Nelson pairing on Final Reckoning.

BONUS: The Vendettas trailer also showed a Shane and Nicole Z. fight. Their dislike toward each other is often referenced, but the fights on Invasion and Vendettas were not really shown. Shane stated on a podcast that she would have been his partner on Final Reckoning, leaving Nelson to be paired with Derrick K.

War of the Worlds is filled with drama that never saw the light of day until the reunion, but there is still one known fight that was only referenced in the trailer.

If you know Josh from Big Brother 19, you might think he was toned-down on War of the Worlds. Fact is, he once got into a fight with Theo during War of the Worlds. It’s also believed Amanda was involved his this fight, and if not she had her own fight with Theo. Not entirely sure what this fight was over, it could have been Theo’s response to Amanda during another one of her fights. However, Amanda did called Theo a “balloon head bitch” in the trailer and Josh can be seen banging a stool.

If only these fights were actually aired, not just teased in trailers. Then we’d have more answers.