War of the Worlds was a great season for Wes. For Bananas, not so much.

Wes made it all the way to the end. He forged a new alliance with Hunter and both guys competed in the final. For Bananas, he was the second to go. Stabbed in the back by Zach (an alleged ally of Wes), Bananas was the second veteran to leave. This was his worst performance in over a decade, but it may have been a learning experience for Bananas. This season, Bananas showed up with some close allies and a sense of Wes’s game. 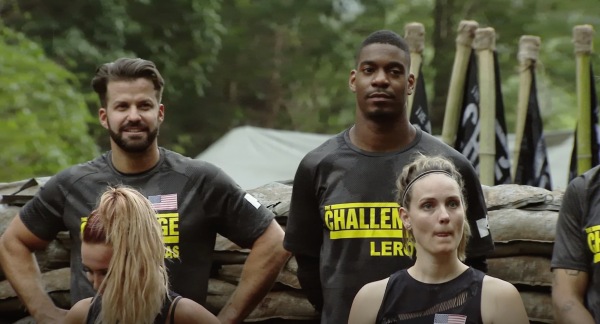 So Team US wins challenge #1 and Wes ends up in the Tribunal. At first, it seems the Tribunal is gunning for Bear. Wes hates Bear and Laurel and Jordan have no ties to the guy. Then, Bananas steps in.

He tells Jordan that picking Bear just enhances Wes’s game. He then encourages Jordan to shift his focus to Rogan. By doing this, Wes will be forced to either expose his secret alliance with members of Team UK or he will jeopardize an ally be sending Rogan into the Proving Ground. Jordan then tells Wes he is considering voting Rogan into the Proving Ground. Wes becomes defensive, stating that this will piss off Joss, and that he shouldn’t be focusing on Rogan.

A light bulb goes off. Bananas was right. Wes is working with Rogan and Joss. In fact, Rogan then approaches Jordan to plead for safety. Jordan then figures out that Wes leaked information to his UK allies.

I have to hand it to Bananas. This was well played. He exposed a decent amount of Wes’s game in a single move.

Here’s the thing about Wes: he doesn’t have a BFF in this game. He’s willing to work with rookies for one season and dispose them the next. In the past this has worked well. War of the Worlds was an example, as was Battle of the Exes 2. Wes’s worst quality: he’s cocky. He bragged about the success of his strategy on War of the Worlds 1. Then he comes onto War of the Worlds 2 and tries to implement the same strategy using different pawns. Bananas found some of those pawns really quickly, and this is going to rock Wes’s game.

It took Bananas a decade, but he realized how Wes plays the game. How did he discover this plan? By taking a painful course of action. He actually paid attention to Wes gloating about his successes. Believe it or not, Wes hasn’t hidden his strategy. He just talks about it so loudly that most people tune him out.