Can Team UK finally beat Team US. Simply put: No.

The challenge is called Crate Expectations and teams need to tack 125 crates to retrieve and deposit twelve relics. The crates are heavy and must be moved from relic to relic to get each one. Team US has one more player, so they have the advantage, but this week is important because it is a double elimination. One male and one female will go home. But, Team US pulls out the twin (as expected) and makes Ashley the speaker for the team. She rounds out the Tribunal with Paulie and Cara Maria, and it’s clear to see which alliance has control this week.

Ashley and Cara Maria encourage their ally Ninja to talk to her friend Dee and convince Dee to keep Esther safe. Esther is a number in Cara Maria’s favor and she’s the anchor on Team UK. At the Tribunal, Esther volunteers herself and Dee can’t prevent that, but she works with Rogan and Joss to get Kyle sent into elimination. Dee feels this is a compromise because she did get one person against the Cult of Cara to go into the Proving Ground. Esther feels confident in her abilities to compete and suggest Georgia as an opponent while Kyle would like to face Rogan, his “vendetta” and enemy within team UK. 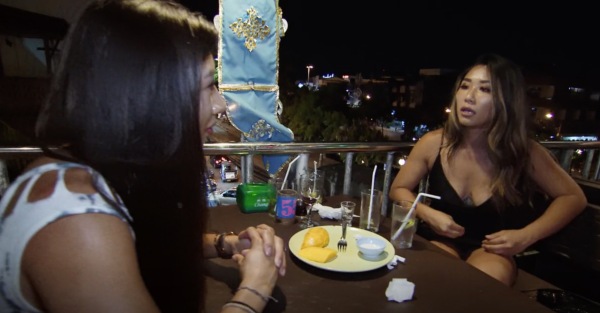 After the Tribunal, the cast goes clubbing. Cara Maria and Ninja begin to question Dee and ask why she didn’t save Esther. Dee couldn’t prevent Esther from volunteering and the whole UK team agreed Esther was the weakest, but Cara and Ninja continue to insist this will place a target on Dee’s back. They call over Ashley to reiterate this point, and then Kyle chimes in to berate Dee. At this point, multiple people are attacking Dee and no one defends her. After the commotion dies down, Dee questions her “friend” Ninja and wonders why Ninja didn’t defend her. This makes Ninja cry because she thought she was being the voice of reason in the situation. Dee rolls her eyes, but the two apologize the next day. 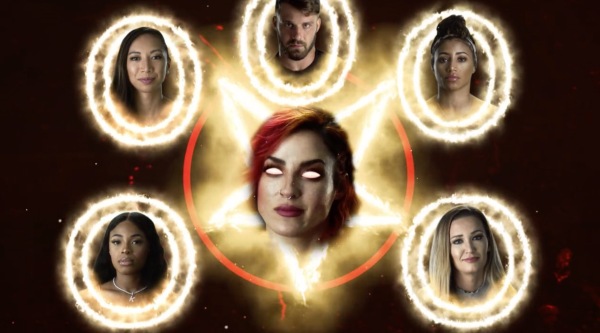 Divides has been made clear on Team US, Team UK, and within the house has a whole. The major alliance, which Georgia dubs “the cult of Cara” has taken control this week. At the Proving Ground, they ensure the opposing side will lose numbers this week. They send Georgia to compete against Esther and Theo to compete against Kyle. The Tribunal claims they want to make big moves, but in reality they just want a big alliance.

The elimination is called Running Riot and the goal is to follow a key and carry 25 relics varying in weight across the Proving Ground. The relics must be ordered correctly to correspond to the weights on the key. The girls go first and Esther surprisingly keeps pace with Georgia for the most part. Georgia does place all of her relics first, but Georgia has made a mistake. She corrects if while Esther is carrying her final relic across the Proving Ground, so Georgia takes the victory. The guys to second, and Kyle spends most of the time ahead of Theo. However, Kyle makes the mistake of leaving heavier relics for later while Theo carries the heaviest first. Kyle’s final relic is the heaviest, and he can’t grip it correctly. This allows Theo to blow past him and take home the victory. Both Theo and Georgia return to Team UK.