When MTV first aired it quickly earned a reputation as the voice of a generation. It appeared on cable television as a cool alternative to the radio where audio met visual and allowed the music video to be become its own art form. But, if you’re reading this blog, you’re not particularly concerned about music videos. You’re most concerned with the programs on MTV, specially The Challenge.

For a network that has such a cool history, the 10’s have not been kindest. It seems the programming of the late 00’s are still the mainstays of the network and the network is clinging to relevancy. Shows like Jersey Shore (debuted in Late 2009), Teen Mom (an extension of 16 and Pregnant, debuting in 2009) and Catfish are the staples of the network. With The Challenge being the grandfather of all shows, MTV has a handful of long-running shows on the network.

As much as I love The Challenge and MTV, something needs to change. Since we’re approaching the end of this decade, I wanted to take a look at a network that once had so much potential and see what happened.

Any innovation, if not all innovation, during this decade took place during the first few years of the decade. This is when late 00’s shows like Teen Mom and Jersey Shore really take off. In fact, Jersey Shore was so big that it had episodes being viewed by 7 or 8 million people. MTV started off strong, while its sister network VH1 would begin the decade in a really low spot. MTV had all the momentum in the world behind it, with two major shows going strong. In fact, they would use the success of these shows to spawn some “coattail successes,” shows whose success is primarily due to the lead-in shows airing directly before.

It took six season for Jersey Shore to end, and while the show had lost momentum, it was still pulling in 3 or 4 million viewers for most episodes in its final season. Naturally, MTV needed another hit, and they introduced two successful reality shows: Buckwild and Catfish.

Catfish still has episodes being produced, though it never hit the heights of Teen Mom or Jersey Shore, but it was a success. It has also proven itself to be valuable for rerun purposes. Buckwild was building momentum and ended its first season with over a million more viewers tuning into the finale than the premier episode. The passing of Shain Gandee, a star from the show, would sadly result in the show’s cancellation. This left a void in the schedule and it hurt the network and would result in a series of failed attempts to revive show show.

The middle of the decade would see ratings start to sink, and MTV failed to form new reality shows that resonated with viewers. There was one exception: Are You the One? That show would continue for eight season until ratings sank so low they could not recover. This would be a common theme for MTV. Jersey Shore’s spin-off Snookie & J-Wow would spin fascination with the franchise into the ground while Teen Mom 3 would prove that there is such a thing as too much Teen Mom.

Beyond this, MTV would rely on cheap comedy as a crutch. Ridiculouness (2011) Guy Code (2011 MTV2) Girl Code (2013) and Wild n’ Out (rebooted in 2013). These shows saw some success, but were also cheap to make. Plus, their replay value was high. They’re the type of shows viewers will stop and watch in the middle of the afternoon when nothing else is on. 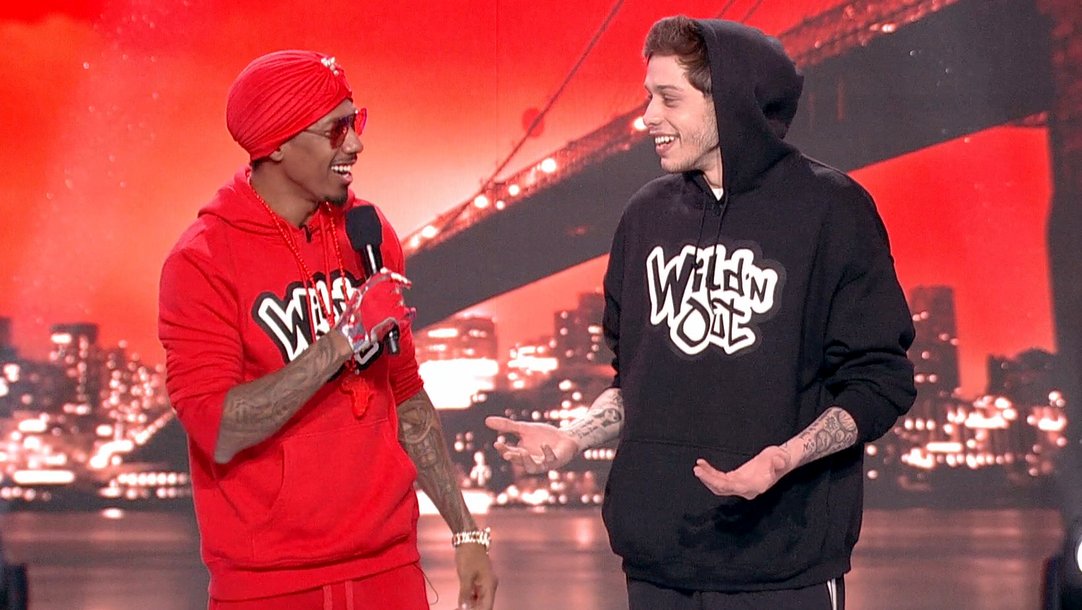 Throughout this time period, many of the existing shows on MTV would continue and watch ratings decline. Teen Mom, The Challenge, and Catfish would become the backbone of the network during the middle of the 2010’s. The schedule would then be padded with cheap comedy and syndicated sitcoms.

Toward the end of the 10’s, MTV would allow their hit shows to continue despite indications they were past their prime. Teen Mom would trek on, but new cast members would be introduced to the franchise. Catfish would continue, despite Max’s departure, and Jersey Shore would reboot despite the aging cast and Sammi’s refusal to participate.

MTV would also try to recreate past sensations, with lukewarm success. Floribama Shore came onto the network as a Jersey Shore alternative, Siesta Keys debuted to recreate the magic of Laguna Beach in the 00’s, and various Teen Mom spin-offs would premier such as “Teen Mum” and “Teen Mom: Young and Pregnant.”

The only somewhat new and somewhat successful shows on MTV during this era were reboots and US adaptations of UK shows. Ex on the Beach, How Far is Tattoo Far, and Fear Factor all premiered during the end of the decade, but never reached the heights of Jersey Shore or Teen Mom.

Of course, The Challenge also went through changes at the end of the decade. This is when Dirty Thirty debuted and upped the ante with various twists and million-dollar prizes. As other shows declined, The Challenge saw a slight boost in success toward the end of the decade. Likely, this is because of the casting choices. MTV has continued to bring the same people onto this show all decade while introducing people from Big Brother, MTV UK, and other international networks into the mix. For some, this has been a breathe of fresh air and a reason to watch The Challenge.

In many ways, it feels like MTV has become a reality star retirement home. It’s where people from Big Brother, Bad Girls Club, or The Bachelor try to extend their 15 minutes of fame. In some ways, I think this may work. Ex on the Beach has allowed some reality stars to keep their careers alive while other just got an additional moment in the spotlight.

At the end of the day, MTV fills most of its schedule with cheap comedy. Ridiculouness routinely takes up over 50% of the weekly airtime and most other shows get a single airing with no replay on the network. Perhaps this is due to a shift toward the MTV app, but there’s very little reason to tune into MTV outside of primetime hours.

The Other Success… then Failure

Mostly at the beginning of the decade, MTV tried to incorporate scripted programming into the network’s line up. Most of these shows failed, though some lasted a couple of seasons. The Hard Time of RJ Berger, Finding Carter, and Scream all saw modest success. There was one breakout hit: Awkward.

Awkward seemed to build a connection to a younger audience and saw multiple seasons with high success. It was kind of edgy, a little vulgar, and slightly relatable. Beyond this show, I can’t think of a single new show that connected with the high school-aged audience this decade. This is really where MTV seemed to fail toward the middle and the end of the decade. They seemed to focus their programming toward people who were 18 in 2010. As that audience aged, so did their target demographic.

If you watch The Challenge or Ex on the Beach, you’ll see that production no longer had an age cap for newbies. Some people are older than thirty while other people are in their early twenties. It doesn’t seem to matter as much as it did in the past. Remember, at the beginning of the decade The Real World would still cast teenagers and set an age cap at 25. MTV now seems to prioritize retaining old viewer over appealing to new viewers and their casting reflects this.

The Internet and streaming are posing a threat to most TV networks, but networks appealing to teens and young adults are going to be hit particularly hard. Fortunately for Challenge fans, the format of the show can be adapted to keep it somewhat fresh while retaining familiar elements to keep fans coming back. I think The Challenge is in a better position in 2020 than it was in 2010. It has proven itself to have consistent ratings and each time a season has performed poorly the show has rebounded.

For the rest of the network, MTV needs to take a look at what made it popular in the 2000’s. It represented a high school and college aged demographic and produced shows with the maturity level of a 16-20 year old. Once those kids got older, a new crowd would come in. Moving forward, MTV needs to focus on how it can engage a younger demographic.

There is actually one show that seems to be doing something right: How Far is Tattoo Far. The show does not have strong ratings, but the tattoo reveal clips get millions of views on Facebook and YouTube. MTV needs to be creating more adaptable content. Shows whose clips will get views on social media and hopefully convert those viewers into MTV network viewers. 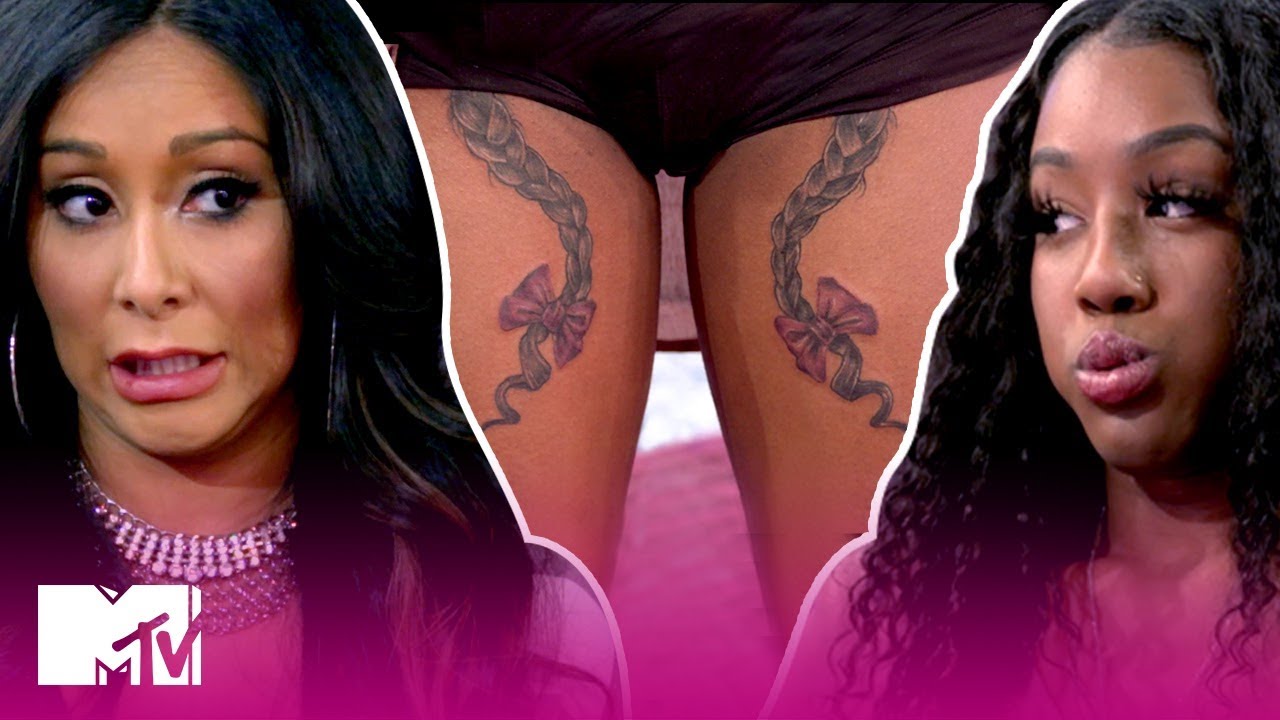 If you look at MTV’s schedule, you’ll see it littered with Ridiculousness reruns. To be fair, it is the type of show people watch when nothing else is on. There’s no investment in a plot line, so viewers can watch for twelve minutes and then move on. This might be OK for quantity, but it’s really bad for quality. Ridiculousness does not appeal to the same demographic as most of the other shows on MTV’s current lineup. This means viewers have little investment in anything else MTV-related. Essentially, the worst representation of MTV as a whole is MTV’s best shot at getting people to watch the network.

I’m not saying to get rid of Ridiculousness, but there has to be a better way to get viewers to get quality viewers to watch MTV. They need to understand the younger demographic and produce content to appeal to them. There’s a reason you see so few reality shows on Netflix and Hulu, and MTV is a network that’s impacted heavily by the success of these streaming services.

MTV started strong at the beginning of the decade but its failure to innovate throughout the decade became costly as years progressed. Fortunately, The Challenge seems to be an exception to this rule, but The Real World was a casualty of changing interests. If MTV wants to survive in the 2020’s, they’ll need to create some new series that engage a younger audience.

The decline of the network may be best exemplified by its signature award show. The 2011 VMAs was viewed by an all-time high of 12.4 million people. In 2019, that number shrunk to 1.93 million. While the decline of cable can account for some of the loss, this shrinkage is a result of many other factors.

I may be biased, because my teenage years were in the late 00’s and early 10’s, but rating support the fact that MTV had more appeal at the beginning of the decade. For their first three decades, MTV was the voice of generations. For its fourth decade, MTV aged with a generation. Now it’s time to find its footing with the younger generation again. Otherwise VH1 will rein supreme.

PS- feel free to hit me up MTV. I’ve got ideas.

Some great names on the All Stars 2 roster. Check out my blog for the full list. Link in bio 👍
Veteran males!
Veteran females!
Rookie males!
Rookie females!
What a throwback! Beautiful as always 😊