Just like I did last year, I want to enter 2020 with some predictions. These are semi-informed predictions, but nothing I’m about to say is confirmed. It’s just meant to fun, because most of my 2019 predictions were wrong.

No elimination spoilers are going to be posted here, but I am going to assume you’ve seen the Challenge 35 cast.

Outside reality shows will become the standard 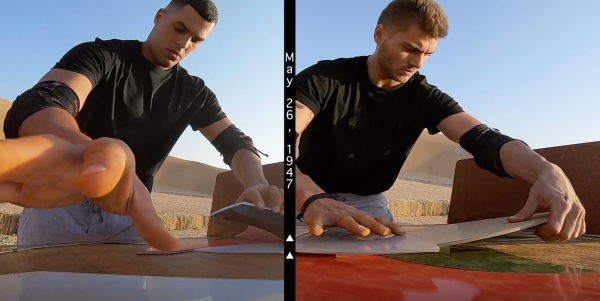 Last year we saw a huge British Invasion on The Challenge. This year we’re going to stay domestic but leave MTV. I think we’ll see representation from Survivor, Big Brother, and The Amazing Race. Other shows will get some representation, but I don’t know where they’ll come from.

More of the same

Despite threats to retire, we will see a lot of the same cast members coming back. I think Cara Maria will return as will Bananas, CT, and Nany. I think we may see someone like Wes go into hibernation but I don’t think he’ll ever retire. Perhaps one of two newbies will emerge as potential mainstays, but we’ll mostly stick with the same people.

Champs vs. Stars 2 was not too bad and had lukewarm success, but I don’t think we’ll see another spinoff of The Challenge. The spinoffs seemed to lose their integrity the Stars team lost everything against a “Champs” team where some “Champs” never won.

The Real World will fade away

It seemed like Real World: Atlanta started off strong on Facebook Watch, then promo stopped and episodes declined. Rumors about Real World 34 were circulating during the airing of RW: Atlanta, but there hasn’t been any real progress. After half a year, I’m giving up hope.

Are You the One is done

We we’ll get a return on The Challenge, but nothing huge

Remember when we had Shane and Darrell come back, then Veronica and Derrick, then Brad? Those were exciting returns. In 2019 the returners were exciting, but somewhat predictable. Wes, Laurel, and Jordan all took 3 or 4 seasons off, but people never stopped speculating them during casting. I predict a returner this year will be underwhelming. We have Aneesa on Season 35, and I don’t think we’ll get anything huge on 36 or 37. If I had to guess, it would be at the level of Dario or Cohutta. I like them, but they’re not huge names for the show.

Ex on the Beach won’t matter

In this franchise The Real World and The Challenge live in the same universe while Ex on the Beach is its own universe. The show is not a feeder show for The Challenge. In fact, it may not have much life left in it at all.

The start of a new trilogy

Allegedly, season 35 will be branded at “War of the Worlds 3.” I predict season 36 will start something new. It would make sense to tie it into all of the outside shows coming into the franchise, but I’ve learned I can never predict the next season correctly.

Who knows these girls and this season?
Footage of me looking at the Season 37 cast list
A tale of two Infernos. Which season did you like more?
Good times 🤐
I love that it’s not censored.
Why couldn’t @kylecgshore compete with a broken finger?! He has 9 more!!