2002 was a different time in the world. Road Rules was still making new episode, The Challenge was in its infancy, and infants were on The Challenge.

I recently referred to Belou’s story. For those who don’t know, it paints a picture of how different The Challenge was 18 years ago. 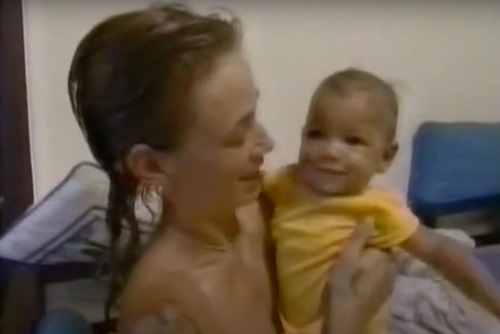 On Battle of the Seasons, Belou and her partner Chris was representing Road Rules: Europe. On that season, Belou is best remembered for pulling a butter knife on Antoine and then Antoine tried to throw her in the river. Needless to day, she’s a bit crazy. But she’s from Amsterdam, so her lifestyle is different than Americans.

About four years later she returned on Battle of the Seasons. Now a single mother, production allowed her to bring her baby onto the show. She was given a nanny to care for the baby during the day, and she was permitted to compete in the game. 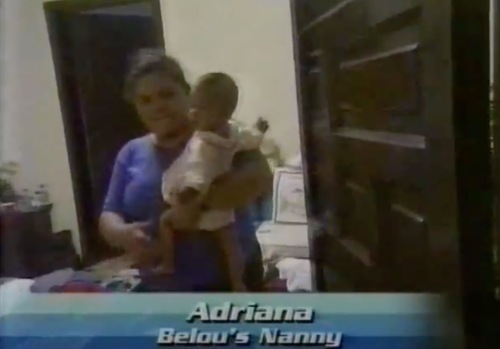 On Battle of the Seasons, Belou is best remembered for fighting with Chadwick & Holly. When a hurricane was approaching, the nanny left Belou’s baby next to the window. Holly believed the winds could break the window glass and it was unsafe for a baby. Not one to avoid confrontation, Belou addressed the critique in a loud and aggressive manner.

Ultimately, Belou only lasted for three missions. In her short time on the show, she definitely left a mark. Belou is very unique. She’s a rapper, swears every other word, and voluntarily sported a mullet on her head.

Obviously, something like this would never happen today. Likely, this was because production was desperate. Two Road Rules seasons had no representation on Battle of the Seasons: First Adventure and Islands. I’m guessing production could not get a female from those seasons to agree. Meanwhile, Road Rules Europe only had two potential females: Belou and Michelle. The other girl from that season, Michelle Parma, had just appeared on the Extreme Challenge. At the time, Production really tried to diversify casts between seasons. Of course, Emily Bailey did appear on Extreme and Seasons, but that was probably also a desperate move by production. Sadly, Michelle passed away later in 2002 and only appeared on The Extreme Challenge after Road Rules.

Production was so determined to make Battle of the Seasons work, they hired a nanny and let Belou onto the show. Belou’s huge personality was guaranteed to deliver some drama, and she did.

Meanwhile, the bigger mystery was Gladys’s appearance on Battle of the Sexes. She was seven months pregnant, and that season wasn’t as closely tied to casting restrictions. Somehow she got permission to compete with a baby in her stomach.