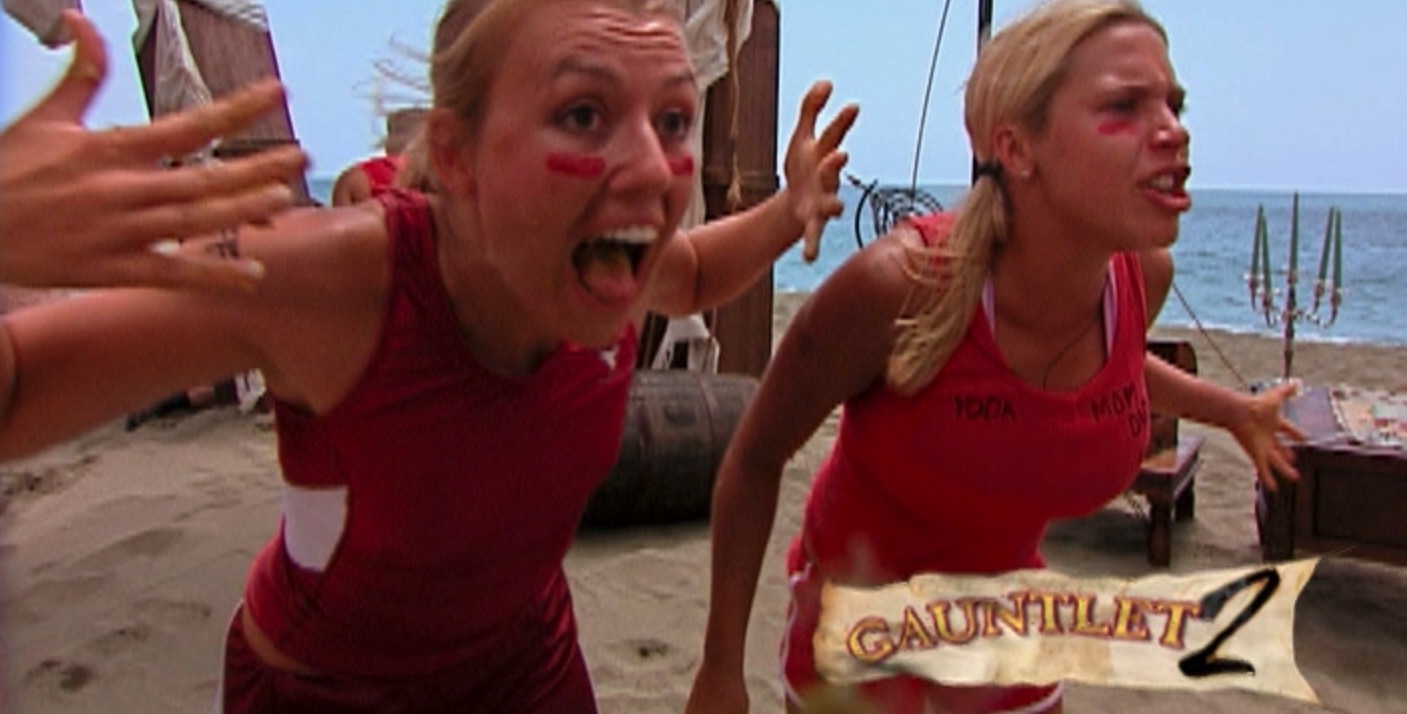 Anyone who has seen The Gauntlet 2 know the final was awful. Every Challenge fan knows it was the worst final, but it didn’t have to be that way. In fact, it was originally going to be some type of a race along the beach.

In recent podcasts, Ibis, MJ, and Derrick discussed the final. During this point in Challenge history, Sunday was off days. This meant the cast had some freedom, there was no filming, and production was left to do other things. On the final Sunday, production was setting up for the final.

As it turns out, some of the Challengers bumped into production as they were mapping out the final race. According to MJ, it was the big dogs; the people who would steer a team to victory. So production needed to rework the final, and as a result. There’s also a rumor that race was interfering with the local terrain. In Trinidad, the beaches were in the middle of turtle mating season. Locals did not want the turtles to be interrupted.

Regardless, we get the disastrous Don’t Bet On It final.

If we did have a race would the rookies have still won? At the time, it probably would have been similar to the finals we saw from Battle of the Seasons- Gauntlet 3. This includes: A long (about 5 mile) run, multiple check points, possibly some biking or kayaking, a little eating, and a silly theme.

Looking at the two teams, I think the rookies would almost definitely take the win. Alton, MJ, Jamie, and Landon would be stellar at this. I have no doubt that Randy would be fine as well, although he’d be the biggest guy on the team. For the girls, Ibis would likely be the anchor. Kina was a good competitor all season and showed a drive to win. Susie proved in The Inferno 3 and The Ruins that she’s capable of running a final, and Jodi won The Duel. We know she’s good.

I think the veteran girls would have cost them the final. Their team was stacked with chainsmokers. Katie, Aneesa, and Robin would have struggled in a race in the sun. While Mark, Timmy, Julie and most likely David would have had no issues, they would have been slowed by their girls.

Even if one of the rookie girls struggled, Alton was a great captain who would have helped. We would later see Landon drag Carley up a mountain on Fresh Meat 2, so we know he can handle this type of struggle. It just doesn’t seem likely that the Rookie would have had an issue so large that the veterans would pass them.

I could be wrong, and this is all speculation. However, this is one of the reasons The Gauntlet 2 was a pretty solid season. The teams were fairly close in strength, which is why no one team dominated all the missions.