On the upcoming Battle of the Exes challenge, there are 13 couple competing, but only one can take home the grand prize. Which couples stand a chance at winning the whole thing?

CT & Diem have a traumatic relationship that reached its boiling point on the Duel 2 when CT hooked up with Shauvon. Then Adam K. told Diem what happened, and CT tried to kill Adam. Whoopsies! After Rivals, CT & Adam’s relationship seems to be improving but apparently Diem hasn’t really talked to him. When the two worked together on the first Duel, they were a force to be reckoned with. If they can put all of their baggage aside they’ll make it far. Besides, what guy isn’t afraid to compete against CT?

Mark & Robin have one thing that most other teams don’t: seniority. The two met back in 2004 on Battle of the Sexes 2, and since then they both seems to have moved on. They appeared on the Duel 2 together and there wasn’t any problem, so they should be able to get along just fun. Mark is a strong guy that can make it to the end of any challenge, and people will likely take pity on single mom Robin. Pair these two things together and sailing to the final should be a breeze. 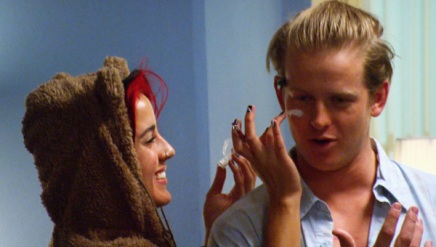 Both Abe & Cara Maria are strong players, but there are more reasons than that to be afraid of the two of them. On Cutthroat, where the duo met, the entire grey team hated them yet they both managed to make it to the end. Abe has won a couple challenges before and Cara Maria has come close. Pair their physical strength with their mental instability and you have a team to be afraid of.

There are other teams that I think have a shot at winning, but these are the teams with the best shot. I would have put Johnny & Camila on the list, but we all know that Johnny is no match for CT.