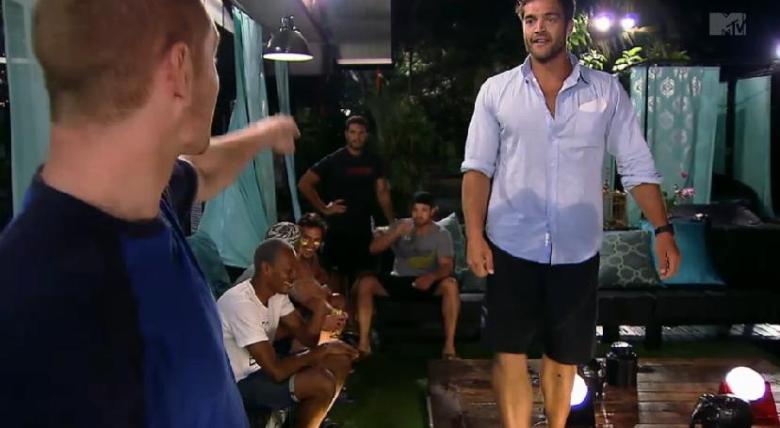 This week we saw Wes and CT criticizing Johnny after a poor performance during the Rampage challenge. Sure, Johnny did poorly, but he wasn’t so terrible that he came in last place. Still, other people viewed this as a sign that Johnny is getting old and out of shape.

Wes and CT did really well on the challenge. In fact, they finished so quickly that Wes asked for more balls (which they didn’t have because the balls were just leftovers from the Catch 22 Jungle). When these two criticized Johnny, he was quick to retaliate by bringing up their poor performances in past finals.

So who’s the most out of shape? It’s hard to say.

Johnny has slowed down a bit since we last saw him on Battle of the Exes, but aside from the Rampage mission he has done well enough. Plus, his teammate Frank has been performing exceptionally well. Truthfully, this one mission isn’t enough for me to completely lose confidence in Johnny but his age is starting to show.

CT has been performing as well as usual this season. I have a hard time calling him the weakest. Johnny brought up the fact that CT ran out of gas on the Battle of the Exes final and that is a valid concern for CT. Diem credits their lose on Exes to CT smoking, a habit he has not given up.

Who do you think is the most out of shape… or at least in the worst shape for the final?