The stage is set for the final elimination of the season. Jemmye & Camila vs. Diem & Aneesa. After a season of battling, only one team will see the Rivals 2 final. 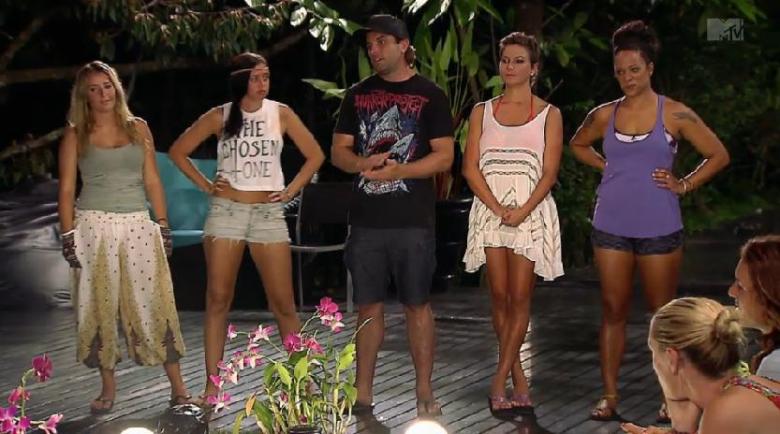 So the question I’m asking is not who you think will win the final elimination round. The question is who deserves to be in the final.

Jemmy & Camila– They’ve won one mission so far and have eliminated Jasmine and Theresa. So far, they’ve only came in last place one time as well. They’re in a unique situation because Camila is a veteran (who was friends with people like Johnny, Paula, and Diem prior to this challenge) and Jemmye is a rookie (who is friends with all of the disgusting new kids Frank talked about). Balancing their separate alliances and forming a friendship has been a challenge for these two. They’ve managed to work together and their performance has improved since the beginning of the season.

Diem & Aneesa- Having avoided elimination up until this point, Diem and Aneesa have played a strong political game. They won a challenge earlier in the season, and this is the first time they’ve placed in last. Both girls are veterans, but Aneesa had to jeopardized her friendships with some of the newer challengers because she wanted to make smart game moves. There’s also the fact that Diem enter this challenge two week off of chemotherapy, so lasting this long is impressive because she’s not in peak physical condition.

Which team do you think deserves to see the final more?