Alright guys. It looks like the filming of the next challenge isn’t too far away. And with all of the tidbits of information floating around, I think I can start speculating some of the cast.

This is NOT a spoiler post. The people mentioned here have indicated that they’ve been contacted about the challenge or taken some steps to prepare for a challenge. I did not just pull these names out of my ass because I want them on the challenge.

If you have some information you’d like to share please comment below or e-mail me at the address listed on my about page. I’d also like to give credit to the fine folks on entertainingreality and vevmo for keeping their eyes peeled. Thank you to everyone who has helped! 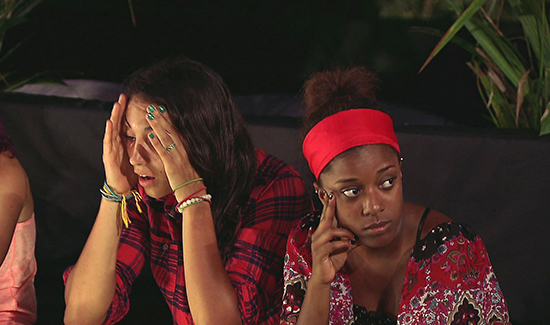 Nia (Real World Portland)- Has hinted multiple times that fans would be seeing her again soon.

Laurel (Fresh Meat 2)- Has expressed interest. Hinted at doing another challenge on Twitter.

Eric (Fresh Meat)- Said he’d be out of the country in mid October.

Jasmine (Real World Cancun)- Took a quick trip to NYC around the time of the Rivals 2 reunion.

Kellyanne (Real World Sydney)- In the States after a trip to Europe. En route to LA.

Tyrie (Real World Denver)- Seemingly upset because he was not contacted about this challenge.

Cooke (Real World Las Vegas)- Currently playing soccer in The Philippines, but would be back in the states for a few weeks in mid-October into November. Presumably around the time the Challenge is filming.

Emilee (Real World Cancun)- Has expressed a strong interest in doing another challenge.

CJ (Real World Cancun)- Was in NYC briefly, but he models and travels a lot so it could just be a coincidence.

Wes (Real World Austin)- Says he has one more challenge left in him.

Susie (Road Rules Australia)- Said “see you soon” on a podcast with TJ. Suspicious tweets. Mentioned in the past that having a friend like Kellyanne on the challenge would help persuade her to go back (not that Kellyanne is confirmed).

Jemmye (Real World New Orleans)- Currently has “meetings” in NYC, but is also in school.