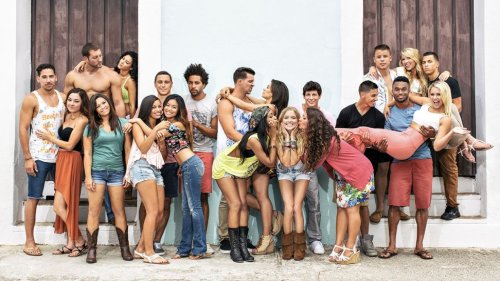 I’ve resisted the urge for the longest time, but I am officially now a fan of Are You The One. I still have mixed feelings in regards to them joining The Challenge, but that’s not my decisions to make. With the premier of the seconds season coming tomorrow (Oct. 6th), I am going to give you 5 reasons you may want to tune in:

1. The Are Challenges: If you were to thrown The Challenge and A Shot At Love With Tila Tequila into a blender, Are You The One would be the result. The Challenges aren’t great, in fact they’re pretty stupid, but they’re entertaining enough.

2. There Will Be Fights: Season 1 had its share of petty fights, and no doubt seasons 2 will continue the trend.Love and money always result in drama, and this show has all of the above.

3. The Cast is Attractive: Apparently these people don’t know how to find love, but they’re attractive enough to sleep with almost anyone. And they’ll probably do just that in the “boom boom room.”

4. The Might Not Win: If you hate the show there is a possibility that the cast won’t find their prefect matches, and then they’ll lose all the money. Take pleasure in their misery if that happens.

5. They’ll Probably End Up on The Challenge: It’s inevitable. They’re gonna be on The Challenge at some point just like Season 1 is going to be represented on the upcoming season. Embrace it.

I’m here for this alliance
It’s Challenge day!!
Fessy is a beast. He killed round 1.
Derek from RW Cancun was contacted for Battle of the Bloodlines. He was on of the cast members who had a bloodline picked out, but he was never cast.
While Jordan was losing an arm Bananas looked bored AF.
Bear is gone. Will you miss him?